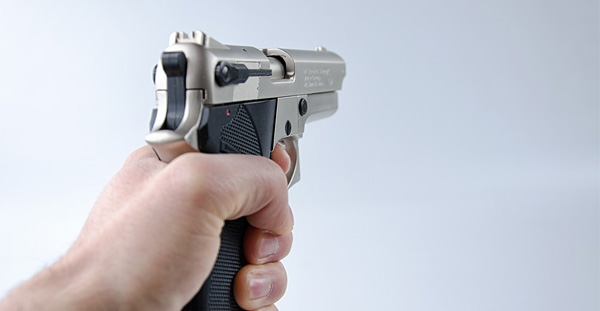 A weekend church shooting in Texas shows the most effective way to stop an armed attacker.

The attacker at the West Freeway Church of Christ in White Settlement, Texas, on Sunday, was gunned down by two congregants just six seconds after opening fire.

Second Amendment Foundation founder and Executive Vice President Alan M. Gottlieb noted livestream video shows "at least six and possibly seven members of the congregation drew sidearms to defend their fellow church members, and at least one member identified in published reports as part of the church security team fired a shot that took the gunman down."

The incident shows "good guys with guns are necessary to stop bad guys, and that armed citizens can protect soft targets."

"Regrettably," Gottlieb said, "there were casualties among the church goers, but in the flash of seconds, it is obvious that many more lives were saved by the quick action of a church member who was fortunately armed as a member of the church security team. Had it not been for his quick action and accurate shooting, this could have been much, much worse."

He noted a recent change in state law allowing churchgoers to be armed.

"The fact that so many other church members were also armed, and did not open fire, demonstrates how responsibly armed citizens can perform in an emergency," Gottlieb observed. "The video belies the oft-repeated myth that armed citizens are irresponsible and even dangerous to one another."

He continued: "We don’t know what motivates someone to open fire on a peaceful church congregation. But thanks to the video, we know what stops them."

White Settlement Police Department Chief J.P. Bevering said the gunman stood up from a pew and fired at a congregant with a shotgun.

As the gunman opened fire, two members of the church's armed security team fired back, killing the gunman.

"This team responded quickly and within six seconds, the shooting was over. Two of the parishioners who were volunteers of the security force drew their weapons and took out the killer immediately, saving untold number of lives," Lt. Gov. Dan Patrick told reporters.

"Do guns save lives? We have evil in the world and evil will use a machete, a gun, a knife, a bomb – or whatever it can. Over the weekend we saw a stabbing incident at a Hanukkah celebration at the home of a Jewish Rabbi in New York where five people were viciously hacked by a big strong man with a machete. And then within a few hours, there was a shooting at a church in Texas and two parishioners were killed," he said.

"Within just six seconds the gunman was shot dead because people in the congregation were legally armed and prepared to protect themselves. There's no telling how many more lives would have been lost if they had not stopped this gunman in his tracks. In New York they have so many gun laws that it makes it difficult for a law abiding citizen to carry a weapon. The attack in New York might have ended with less injuries if someone in the rabbi's home had been armed. More laws and more restrictions will not bring an end to violence and murders – —the problem is not guns and machetes, the problem is evil in the human heart. The Bible says, 'The heart is deceitful above all things, and desperately wicked: who can know it?' (Jeremiah 17:9) – only God can change the human heart. Pray for all those impacted by these attacks, especially for those who lost a family member."

WATCH: Joe Biden attacked the Governor of Texas for allowing church-goers to carry weapons just a few months ago pic.twitter.com/fuZmfabo5a

"Dealing with firearms, it is irrational, with all due respect to the governor of Texas, irrational what they are doing," Biden said in September.

"On the very day you see a mass shooting … and we're talking about loosening access to have guns, to be able to take them into places of worship, it's just absolutely irrational. It's totally irrational."