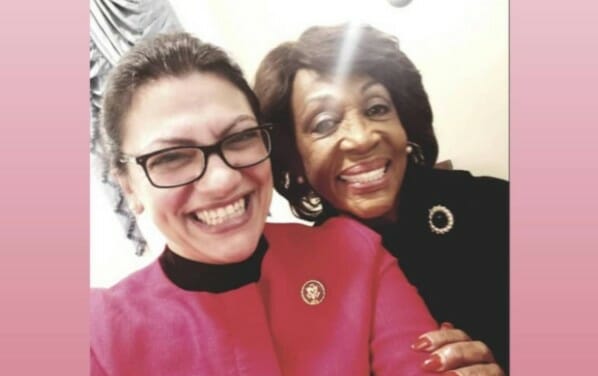 House Speaker Nancy Pelosi instructed her caucus to come to the impeachment vote Wednesday with a somber bearing, insisting that there be no cheering for the occasion of referring charges against the president of the United States to the Senate.

But the congresswoman known for declaring only hours after being sworn into office her intent to "impeach the motherf----" couldn't help herself.

She posted an Instagram video of her grinning with delight as she walked toward the House floor to cast her vote.

"Hey everyone. I am on my way to the United States House floor to impeach Trump. On behalf of my incredible district. Thirteenth district strong. Let's do this," said Rep. Rashida Tlaib, D-Michigan.

Someone in the background, apparently a staff member, could be heard laughing and shouting "woo!"

So solemn. So somber. pic.twitter.com/H6J6sTBBo8

"This is what the Dems are dealing with. Does anyone think this is good for the USA!" he said.

Tlaib also posted a photograph of herself and Rep. Maxine Waters, D-Calif. – known for her regular calls over the past three years to "impeach 45" –smiling with the caption: "MOOD."

The hashtag "impeached" was prominently stamped on the photo. 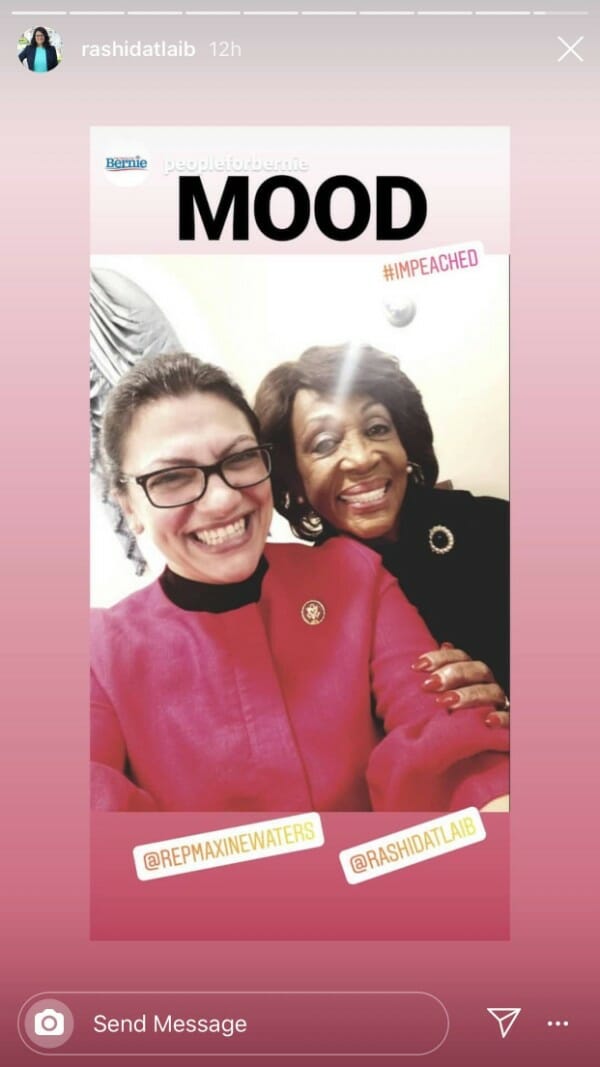 Pelosi, who wore black for what she called a "solemn" occasion, appeared to send a glare in the direction of Democrats who began to clap when she announced the passage of the first article of impeachment.

The glare Pelosi gave her caucus when some Dems started to clap after she announced the first article of impeachment passed pic.twitter.com/8vONZlEyZ3

"Democrats pat themselves on the back, shamelessly proud of their dishonest manipulation of the truth and a vote that has torn this country apart," he wrote. "This will go down as the weakest case for impeachment in history, justifying the founders’ fears of politically driven impeachment."

Sen. Bill Cassidy, R-La., wrote that watching Pelosi and the House Democrats "pretending they were somber about #impeachment was comical."

"It was a foregone conclusion because — as you can see — they just couldn't help themselves."