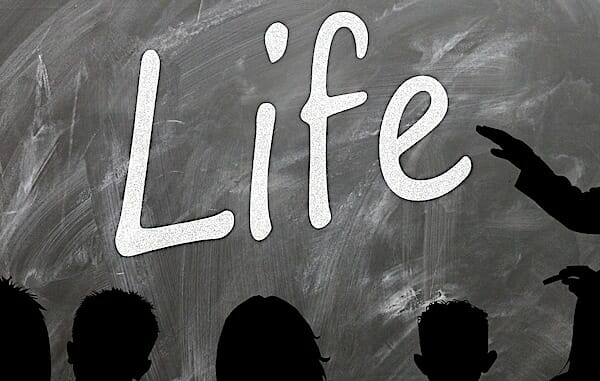 A senior Google employee has been sued for allegedly assaulting a pro-life activist while he wrote messages with chalk on a sidewalk outside a Planned Parenthood clinic in Washington, D.C.

The activist, Michael Gribbin, is represented by the Life Legal Defense Foundation, which contends that chalking on public sidewalks "is a form of constitutionally protected speech, yet the Google employee aggressively confronted Gribbin and ripped the chalk out of his hands."

The Daily Caller reported the alleged assailant is Quinn Chasan, who, according to his LinkedIn page, is employed by Google as "Head of Customer Analytics, Google Cloud, U.S. Government."

"The perpetrator then threw the chalk on the ground, screamed obscenities at Gribbin, and tried to flee the scene on a bicycle," LLDF said.

"Gribbin demanded that the assailant stay in the area until the police arrived. At that point, the Google employee physically assaulted Gribbin, punching him in the head and face and throwing him to the ground, causing injuries."

John Garza, an attorney for LLDF, charged the Google employee committed battery against Gribbin that resulted in serious injuries and physical pain.

LLDF also contends the violent attack was a hate crime fueled by prejudice against Gribbin's political and religious affiliations.

"We are appalled that an individual engaged in peaceful First Amendment activity would be subjected to such a hateful, violent assault," said Life Legal Defense Foundation Executive Director Alexandra Snyder. "Life Legal will pursue all legal measures to obtain justice for Michael Gribbin and to ensure that other pro-life advocates are protected from this kind of brutality."

The Daily Caller said it confirmed the alleged assailant's identity by linking the address to which he was followed with a post on Facebook advertising a July party at the same location.

Posts on Chasan's Instagram, which was set to private shortly before publication, also appear to match the man who appears in video taken of the incident.

The DC said Chasan did not respond to text and phone messages.

The Daily Caller said the video "shows the alleged assailant taking the chalk out of the bag and throwing it. He then walks to and unlocks his bike. Gribbin grabs the bike and says he won’t allow the man to leave until the police arrive. The video then appears to show the assailant punching and pushing him to the ground."

Michael New, a pro-life activist and professor at Catholic University, told the Daily Caller that as "an individual who helps to coordinate these sidewalk counseling efforts, I condemn the assault on Mike in the strongest possible terms."

"It is of utmost importance to me that the sidewalk counselors and prayer warriors are safe at all times. Chalking a public sidewalk is protected by the first amendment. Furthermore, no one should have to fear for their safely for espousing pro-life views in public," he said.