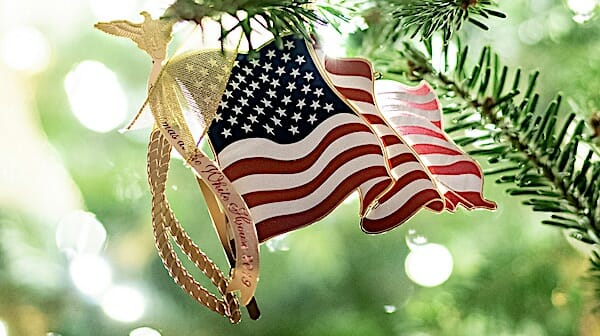 It's that time of year when "grinches" all over the country object to the inclusion of religious elements in Christmas decorations.

In happens in housing subdivisions, housing complexes, courthouses and even whole towns.

And now Becket, a public-interest law firm focusing on the free expression of religions, has awarded the city of Dunwoody, Georgia, its Ebenezer Award.

It goes each year to the "biggest Scrooge," who exhibits the "most absurd" affront to "the Christmas and Hanukkah season."

Becket said the town has banned all religious symbols in response to an email from a disgruntled citizen.

The Dunwoody City Council voted unanimously to bar religious symbols and displays in common areas of city-owned buildings. It called the move a "sterilization of religious symbols that would make the Grinch grin with pride."

Becket said: "The curmudgeonly city council originally proposed a list of acceptable and unacceptable symbols. But after (rightly) coming under fire for prohibiting the menorah, the city council scrapped the list for a more blanketly discriminatory ban. The city council cited a 1989 Supreme Court case, County of Allegheny v. ACLU, as the basis for their policy, demonstrating a flawed understanding of Supreme Court jurisprudence concerning religious displays. 'Decorating with religious symbols is not appropriate in common areas of the city building unless the decorations are part of a display celebrating religious diversity or religious freedom,' the policy reads."

Becket said it does Santa’s "dirty work for him, delivering a lump of coal as an acknowledgment of scroogery on a grand scale."

Last year the "honor" went to Durham, New Hampshire, for banning a menorah from the town's holiday display.

City officials found it was not "inclusive" enough.

"Year after year, bureaucrats come together to micromanage the holiday season, unwilling to let people of goodwill and diverse beliefs live side by side in peace without the strong arm of local government instructing them in how best to get along," said Alvarado. "Nothing says 're-elect me' like a prohibition on Christmas Spirit, but that’s a lesson secularists seem to want to learn the hard way."

The legal advocate's message to all?

"Becket wishes everyone a Merry Christmas, a Happy Hanukkah, and a Joyous New Year to all!"