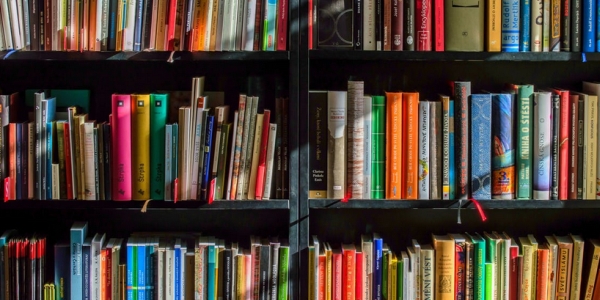 The United States is close to requiring an annual review of textbooks used by the Palestinian Authority that celebrate Islamic "martyrs" who murder Jews.

The review would be part of the criteria for sending funds to the PA.

Breaking Israel News reported the U.S. House Foreign Affairs Committee this week unanimously adopted a plan to require the secretary of state to review educational materials annually used by the Palestinian Authority as well as the United Nations Relief and Works Agency.

The report said the Peace and Tolerance in Palestinian Education Act (H.R. 2343) was introduced by Reps. Brad Sherman, D-Calif., and Lee Zeldin, R-N.Y., and co-sponsored by two additional Democrats and two additional Republicans.

The legislation is the result of a report by educational watchdog group Institute for Monitoring Peace and Cultural Tolerance in School Education, or IMPACT-se.

The bill states: "The new Palestinian curriculums fail to meet the international standards of peace and tolerance in educational materials established by the United Nations Educational, Scientific and Cultural Organization. Textbooks used by the Palestinian Authority and UNRWA encourage war, and teach children that Palestinian statehood can be achieved through violence."

"We must demand transparency over the anti-Israel textbooks in this program that are fueling another generation of hate," he told BIN.

WND reported more than a year ago that members of Congress were spotlighting the advocacy of violent jihad and hatred toward non-Muslims in Palestinian school books. At that time, the educational oversight plan was beginning to gain congressional support.

It was shortly after 9/11 that WND reported the incitement for jihad and "martyrdom" in a textbook for Palestinian 11th graders.

The books, critics have charged, "demonize Israel, encourage war, and teach children that Palestinian statehood can be achieved through violence."

The textbook for Palestinian 11th graders reported by WND shortly after 9/11 advocated physical aggression, after trying friendly persuasion, as a legitimate means to spread Islam.

"Islam is Allah's religion for all human beings," the text said. "It should be proclaimed and invite [people] to join it wisely and through appropriate preaching and friendly discussions. However, such methods may encounter resistance and the preachers may be prevented from accomplishing their duty … then, jihad and the use of physical force against the enemies become inevitable."

WND later reported the issue was in the headlines again when the Palestinian Authority said it was a "crime" to use Israeli materials in Arab schools in Jerusalem, instead of Palestinian books, because the Israeli publications don't teach children to demonize Jews, glorify terrorism and become "martyrs."

A report published by the Gatestone Institute by Bassam Tawil, a Muslim in the Middle East, said Palestinian Authority Minister of Education Sabri Saidam was fretting because of a decision to use the Israeli curriculum in Arab schools in Jerusalem, a move he called an "ugly crime of counterfeit."

"Why are the minister and the Palestinian Authority so truculently opposed to Arab schoolchildren studying according to the Israeli curriculum? Is this curriculum really an 'ugly crime of counterfeit,' as the minister says?" Tawil asked.

"The main reason the PA leadership is opposed to the Israeli curriculum is because it does not promote hatred. The curriculum also does not demonize Arabs in parallel to the way the Palestinian curriculum demonizes Jews."

In 2003, WND reported that while "virulent anti-Jewish" teaching was moderated after the Oslo Accords, it returned.

A book at that time stated that during Muhammad's establishment of an Islamic society, there "was no escaping the fight against aggression and the polytheists."

After that, the book says, "the duty of jihad was imposed on all Muslims."

Recently, a study titled "Palestinian Elementary School Curriculum 2016-17: Radicalization and Revival of the PLO Program" found Palestinian children were being taught through textbooks "to glorify and value terrorism and violence."

Included were messages such as "The Volcano of My Revenge," "The Longing of my Blood for my Land" and "I Shall Sacrifice My Blood to Saturate the Land."

Math books were using the number of dead martyrs to teach arithmetic.

Early in 2018, a British commentator blasted his government for underfunding education in the U.K. while spending millions of pounds to provide textbooks to Palestinians to teach their children to become martyrs.

Douglas Murray, an author, commentator and public affairs analyst, wrote for Gatestone Institute that "the true scandal for Britain" is "that while the UK government fails to pump the resources needed into helping young British children to grow up literate and numerate … it pumps millions of pounds into the Palestinian Authority to make sure that young Palestinian children think that a career of violence is a career worth pursuing."

"While failing to help British children grow up, the UK government helps Palestinian children to blow themselves up," he wrote.

Psaki hints she may step down next year