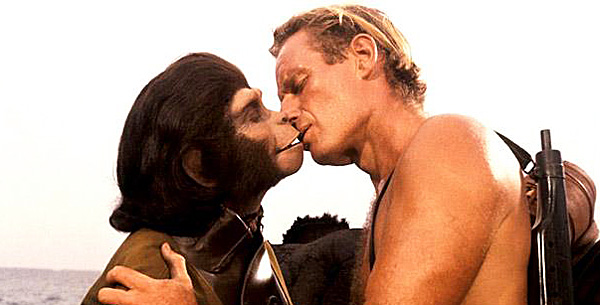 An influential Muslim imam in Washington state declared in a sermon that Allah was so angry with the Jews of a certain village that he turned them into apes.

The anti-Semitic diatribe was delivered by Mohamad Joban of the Masjid Ar-Rahmah in Redmond, Washington.

A video of the sermon was uploaded to the online video channel for the Muslim Association of Puget Sound and spotlighted by the Middle East Media Research Institute.

The Muslim Association of Puget Sound holds an annual interfaith Muslim event that have been attended in the past by FBI officials, members of Congress and other prominent politicians.

Joban was delivering a lecture about a story in the Quran.

The Jews, he explained, "were transformed into apes by Allah for having rebelled against him by setting fishing nets on Friday, before the Sabbath, and collecting the fish on Sunday."

He said the story was never exposed because the Jews cover up bad stories about themselves and always pretend to be pious.

"Laughing, he told how the Jews who had been transformed into apes cried because they couldn't recognize one another as apes," the MEMRI report said.

"Then Imam Joban said that in another verse, the violators were transformed into pigs. He discussed the question whether the transformed Jews had offspring and said that there are two views about this. However, he mentioned two cases, from Egypt and Malaysia, where newborns looked like descendants of apes and pigs. Imam Joban and his congregation chanted from the Quran responsively: 'When [the Jews] rebelled against the commands to refrain, [Allah] said to them, 'Be despicable apes.'"

The offense cited by the Quran was that the residents noticed fish jumping on Saturdays.

"[This happened for] one week, two weeks. ... On the third week, they said: 'How will we do [this]?' They came on Friday and put out their nets, and some of them dug a hole. Like this is from the ocean, you can dig here, so that the fish will come here. ... And then when people said: 'Hey man, we cannot do that.' [They responded:] 'We did not fish on Saturday. It's Friday, man.' And they [left the fishing nets] and came to pick them up on Sunday."

Joban explained: "Suddenly, one morning, they wake up there was quiet – no voices. They said: 'What's going on?' Some of them climbed above [the wall], they looked down and saw all monkeys."

The Muslim Association of Puget Sound has hosted at its annual interfaith Muslim event FBI Assistant Special Agent in Charge Brad Deardorff; U.S. Rep. Roger Goodman, D-Wash.; officials from the offices of congressmen Rep. Dave Reichert, a Republican; Rep. Adam Smith, a Democrat; members of the Washington state senate such as Bob Hasegawa; representatives from the office of Washington State Gov. Jay Inslee; the mayor of Bellevue, Wash.; officials from King County, Washington; and members from the Seattle Jewish and Christian communities.