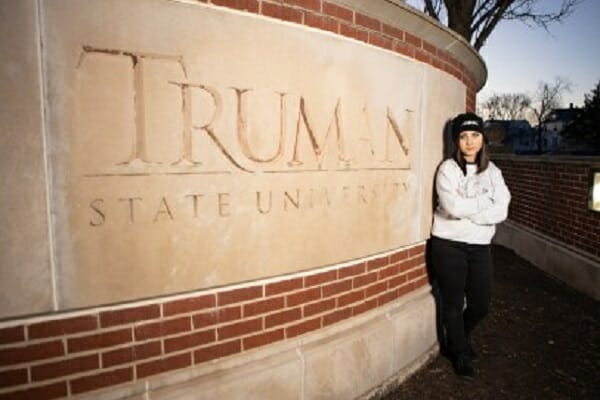 Officials at Truman State University in Missouri are under fire this week over alleged censorship of student speech on topics such as sex, animal rights, religion and even food.

"An administrative system which denies students' rights to expression and association because of subjective concerns about 'emotional' risk is inconsistent with the First Amendment," warned the Foundation for Individual Rights in Education.

FIRE said university officials have refused students' permission to gather for religious causes, to work toward the end of global slave trade, to emphasize the importance of consent in sexual relationships, to advocate for first-generation college students, to advocate for children with cancer and more.

"Any system that results in students being asked what 'emotional risk' might come from associating with like-minded individuals and then being told that risk is too great is cruel and raises serious questions about the institution's fair-weather friendship with the First Amendment," said Adam Steinbaugh, director of FIRE's Individual Rights Defense Program.

"Students' rights can't be subordinated to what administrators feel is in their best emotional interest."

The latest controversy erupted over Naomi Mathew's attempt to start an animal-rights club.

"She expected to speak with fellow students about an issue that matters deeply to her. But after a committee of students and administrators rejected her club due to concerns about the 'emotional risk' of 'hostile' confrontations and the 'reputational risk' of associating with PETA, it's Mathew's First Amendment rights that are endangered," FIRE said.

"It seems like the university has something against us," Mathew said. "Truman State needs to stop making excuses and recognize our group. We understand that many people don't like the idea of animal rights, but we still deserve the same platform as the other groups on campus."

FIRE has responded to the university with a 12-page letter detailing the school's actions and asking for a resolution.

It's conclusion said: "Truman State's recognition process yields inconsistent and indefensible results, laying bare the subjective, unconstitutional nature of its evaluations. Groups that are denied recognition one year because of their affiliation with external organizations or their 'philanthropic' purpose are granted recognition the next. Groups are evaluated for whether or not they are 'unique,' but a Christian group was rejected for serving a 'unique' student interest. A group apparently proposed to visit cancer-stricken children in the hospital is denied recognition despite its laudable purpose on the basis that its mission might be difficult for adult students to underrate," the letter said.

"And here, a student organization is denied recognition – again – because of the possibility that someone might disagree with its views."

FIRE cited the accepted precedent that if "a university creates a limited public forum, it may not engage in viewpoint discrimination within that forum." It said the university must respond by Dec. 20 "confirming that Truman State will recognized Animal Alliance and suspend use of subjective criteria for evaluating recognition of student organizations."

Student groups that are not recognized are denied a wide range of campus resources, including funds, the use of rooms and even the ability to advertise their events.

The letter to university President Susan Thomas was from Lindsie Rank, who said, "Truman State can’t reject student groups just because it doesn’t like what they might say, or what others may say in response."