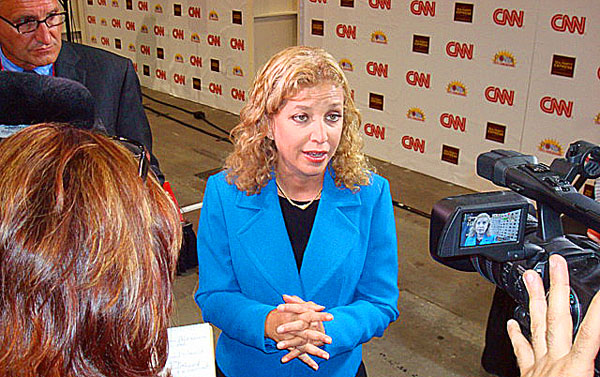 A court hearing has been scheduled for Friday in an unsolved Obama-era scandal involving the brothers hired by House Democrats who were fired when one was identified as "an ongoing and serious risk to the House of Representatives."

That was when a computer server containing evidence had gone "missing," noted Washington watchdog Judicial Watch has filed a Freedom of Information Act lawsuit seeking information on the Awan brothers case,

Judicial Watch launched a Freedom of Information Act lawsuit in 2018 after the FBI declined to respond adequately to two separate FOIA requests.

The DOJ had said in court it would start producing records by Nov. 5 but failed.

A week later, the DOJ said it was having "technical difficulties."

"In a joint status report filed on December 5, 2019, Judicial Watch reported to the court that the DOJ claimed in a phone call that it was now unable to produce any records to either of the FOIA requests 'because the agency was waiting for some unspecified action by Judge [Tanya S.] Chutkan in some other matter so as to avoid having to produce records in this case,'" Judicial Watch said.

Explained Judicial Watch: "Imran Awan and his family were banned from the House computer network in February 2017 after the House’s top law enforcement officer wrote that Imran is 'an ongoing and serious risk to the House of Representatives, possibly threatening the integrity of our information systems,' and that a server containing evidence had gone 'missing.' The inspector general said server logs showed 'unauthorized access' and procurement records were falsified."

Imran Awan worked for a top aide for Rep. Debbie Wasserman Schultz, D-Fla., and others.

"Most lawmakers fired Awan ... but Wasserman Schultz kept him on until he was arrested in July 2017, trying to board a flight for Pakistan," Judicial Watch said.

He later was given a plea deal, admitting to federal bank fraud.

Said Judicial Watch: "The Awan brothers reportedly 'were not given background checks before being given access to highly sensitive government information and no explanations have been given as to why.' Additionally, 'If they would have run this background check it would have found out not only multiple criminal convictions, but $1 million bankruptcy, a dozen lawsuits ... it would have found a whole host of major red flags and the Democrats didn't do any of those checks.'"

The watchdog explained earlier that there were cases of "unauthorized access" while the Awans were running things.

Wasserman Schultz had charged the investigation was motivated by "Islamophobia," despite evidence presented by a House inspector general appointed by then-Democratic Minority Leader Nancy Pelosi. The IG suspected Awan and his co-workers were diverting information from Democratic lawmakers' computers, including members of House intelligence committees.

Imran Awan, and his brothers Abid and Jamal, allegedly ran a ghost employee scheme along with their wives that took in nearly $6 million over the years. After wiring approximately $300,000 to his native Pakistan in July 2017, Imran Awan was arrested by the FBI at Dulles International Airport and indicted on four counts of bank fraud after prosecutors said the suspects tried to flee the country. He was carrying $12,000 in cash at the time of his arrest.