China's dreams of upsetting the United States as the dominant Pacific power could soon face a major stumbling block: an unsinkable "aircraft carrier" well within bombing range of the country's coastline.

The new U.S. military advantage would come from the Japanese government's acquisition of Mageshima, a small uninhabited island off the nation's southern coast.

The announcement of the $146 million purchase was made Monday, according to The Japan Times.

A Japanese official confirmed the island would be developed for U.S. and Japanese military use.

As far back as 2014, the island has been in the eyes of Japanese and American defense officials as an excellent location for landing practice. Its strategic location also means that the airfield would be an integral part of disaster and emergency responses.

Less than 550 miles from the Chinese coast, this would put U.S. airpower uncomfortably close to the communist nation. 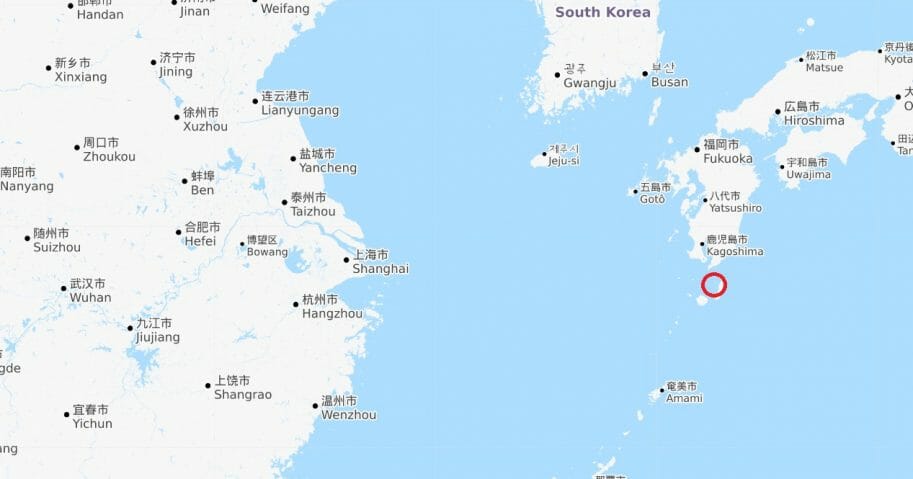 Mageshima (circled in red) sits less than 550 miles from the Chinese coast.

In the event of a war with China, this island would prove invaluable in any U.S. air campaign. Due to its proximity to China, it would doubtless be bristling with anti-aircraft guns and missile defense systems if any conflict were to happen.

Mageshima has several advantages over an aircraft carrier that make it a nightmare for the Chinese and a major boon to U.S. forces.

For one, there's no maintenance needed to keep an island afloat. Apart from keeping equipment and structures functioning, there's no manpower needed for Mageshima to remain above the waves.

This would free up manpower that could otherwise be spent on the island's defenses or elsewhere.

Second, there's no sinking an island.

Short of a direct hit from a nuclear weapon, there's no amount of torpedoes, bullets or artillery shells that can put Mageshima under the Pacific waves.

This comes as China aggressively expands its own coastal defenses.

Construction of artificial islands along the communist nation's coast are seen by many as a direct response to the disparity in naval power between China and its rival across the Pacific -- the United States.

The islands will likely serve as air bases and missile launching sites.

Fears that these artificial islands would repel a U.S. response in the event of a Chinese campaign against Taiwan are well-founded. Anti-ship missiles based on the islands would shred aircraft carriers and other naval vessels.

Although the U.S. Navy would be able to eliminate many of the weapons, China can replace the missiles much faster than we can replace ships.

An unsinkable island of our own would allow the U.S. to respond with more options, and possibly give us the advantage we need to check Chinese aggression.