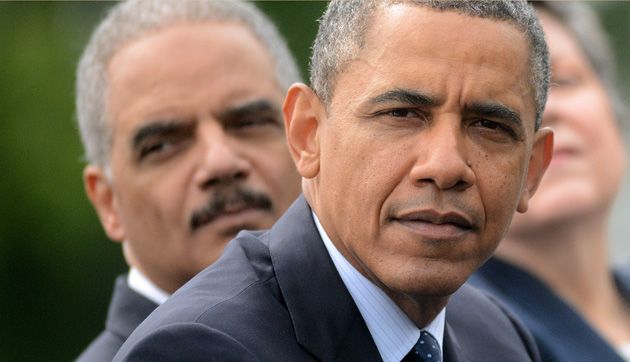 The former president of Americans for Limited Government is calling out the Washington Post for its "thuggery" in a posting that suggests U.S. Attorney John Durham is risking his "reputation" by investigating the Obama administration's 'Russia collusion" scandal.

"The fact that the Washington Post would engage in this type of a slur is a story unto itself. This story had one goal, to raise the specter of retaliation against Mr. Durham if he went into areas the rotting establishment wants left alone. It was thuggery in the most fundamental form," Bill Wilson wrote in the Daily Torch, a publication of ALG.

The Post article suggested that there are "some" people who believe Durham's investigative work "could tarnish" his reputation.

"We've all heard the joke. A thuggish looking guy walks into a business he is trying to shakedown and says, 'Nice little store you have here. It'd be a shame if something happened to it.' Wink, wink. The message is crystal clear; do what the bully wants or else something really bad is going to happen," Wilson explained.

"This scene has now played out in real life. In a so-called 'news' article in the Washington Post recently, 'Experts fear Durham’s Reputation at Risk in FBI Probe,' the newsletter for the deep state openly threatened U.S. Attorney John Durham who is looking into abuses by intelligence agencies and the Justice Department in launching the bogus witch hunt against President Donald Trump under false allegations that he and his campaign were Russian agents."

The article opened with a description of Durham as the "go-to guy" for ferreting out corruption in law-enforcement and intelligence ranks.

Then immediately it alleged that there was a "debate" in Washington about whether he is "carrying out a conservative political errand."

The article quotes "officials" saying they were worried "Durham's probe was meant mainly to validate Trump and [Attorney General William] Barr's criticism of the Russia probe."

Quoted prominently is former attorney general Eric Holder who said he was troubled by the prosecutor's statements.

"Good reputations are hard-won in the legal profession, but they are fragile; anyone in Durham's shoes would do well to remember that, in dealing with this administration, many reputations have been irrevocably lost," Holder suggested.

Wilson charged that was essentially a threat.

"The Post blatantly lays out the picture. Durham has been a respected, truthful and honorable authority. But now he is looking into actions and people that the established D.C. order wants to protect. The piece hauls out a few shills to mouth the warnings but the main actor is Holder.

Wilson continued, "Having Holder take an increasingly public profile on the issue of investigating the conspiracy and probable crimes is a big 'tell.' What is Holder and his crew afraid of? How far into the Obama White House did the illegal spying on the Trump campaign go? We do know that disgraced former FBI agent Peter Strzok wrote that the White House knew all about their efforts and was instructed to keep them informed. Who was that exactly?"

"The whole thing smells like a desperate effort to keep anyone from asking those questions because it may in fact lead to some very high places. Given that Holder has been Obama's attack dog you have to assume that is who Holder is seeking to defend."

Wilson suggested the article and its threats show "the near-panic levels of fear that the Deep State is experiencing. They are about to be fully exposed, their vile games and manipulations evident for all to see."