A British woman who claimed she was gang-raped by a group of Israeli teens in Cyprus has been found guilty of fabricating the story in court.

The 19-year-old, whose identity is being kept secret for security reasons, claimed that 12 Israelis -- ranging from 13 to 18 years old -- attacked her at the Ayia Napa hotel in Cyprus on July 17.

She retracted her statement 10 days later, however.

The Israeli teens were arrested after the woman's accusations but were released without a charge the same day she issued her retraction.

The British woman was arrested for allegedly "making a false statement about an imaginary crime," according to the New York Post.

She spent about a month in jail before she was granted bail at the end of August, according to the Evening Standard.

After her bail was paid, the woman was not allowed to leave the country until her charges were tried in court. 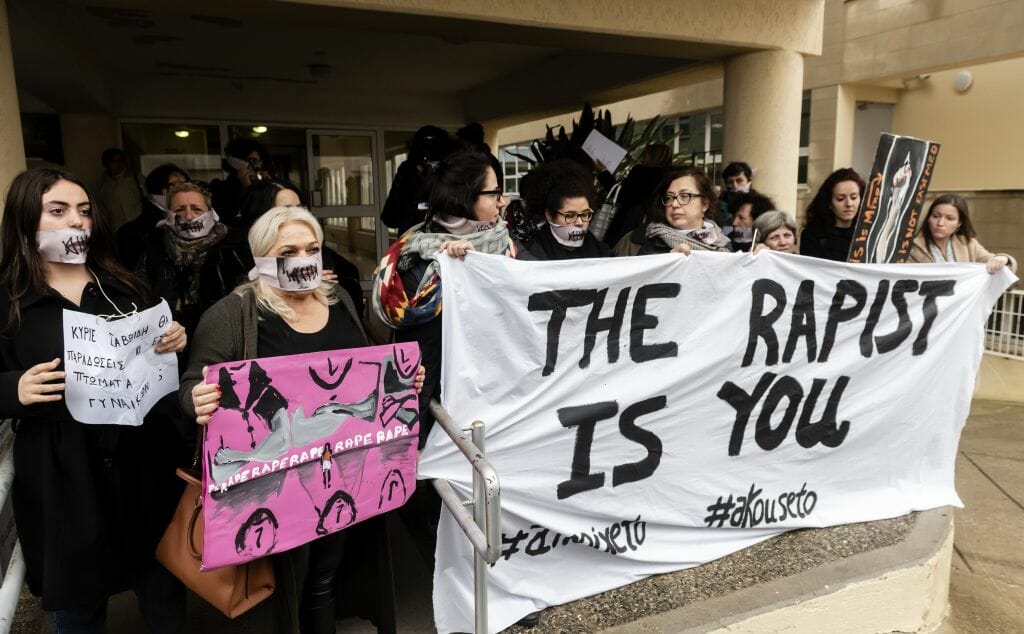 Women's rights activists stage a protest in support of a British woman accused of falsely claiming she was raped by Israeli teens during her trial at the Famagusta District Court in Paralimni, Cyprus, on Dec. 30, 2019. (Iakovos Hatzistavrou / AFP via Getty Images)

During her trial, she said she felt pressured by Cypriot police to issue the retraction. The police denied her claim.

Despite the British woman's claims of innocence, the Famagusta District Court in Paralimni, Cyprus, found her guilty Monday of fabricating the crime.

"My conclusion is that the guilt of the accused has been proven beyond reasonable doubt," Judge Michalis Papathanasiou said, according to the Evening Standard.

Papathanasiou concluded the woman felt "ashamed" after she discovered some of the Israeli teens filmed her having sex and subsequently fabricated the attack.

However, one of her lawyers said she would be appealing the court's ruling.

"The decision of the court is respected," Nicoletta Charalambidou told reporters. "However, we respectfully disagree with it. We believe there have been many violations of the procedure and the rights of a fair trial of our client have been violated.

She is expected to receive her sentence on Jan. 7.