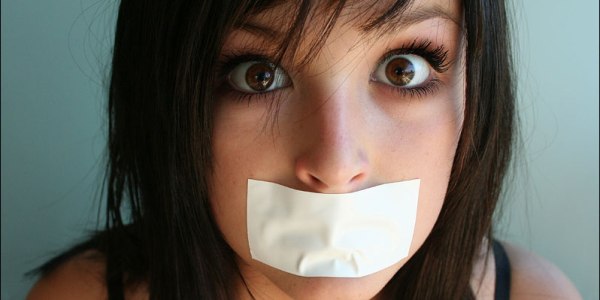 The Foundation for Individual Rights in Education is asking administrators of the University of Scranton to explain why student government leaders blocked the registration of a conservative organization.

The private school is not subject, like public universities, to the constraints of the First Amendment. But FIRE argued the university is "morally and contractually bound to honor the explicit promises of freedom of expression it makes to its students."

At issue is the rejection of a request by students to form a chapter of Turning Point USA.

The student body president wrote on Twitter the "student government may evaluate a prospective group and determine 'yikes, nope, denied.'"

He also warned that if TPUSA Scranton received enough student government support to become an official student organization, he would unilaterally veto the vote, FIRE said.

Students Cody Morgan, Michael Abromovage, Joseph Chabuel, McKayla Kathio and David Pennino applied to start the organization. But they were told they did not have enough votes from the student council to qualify.

"I find it unfortunate that our group of bright-minded students was treated with such bias by our own student government," said student Noah Kraft. "While our goals on campus were to promote political activism, engage in friendly discussion, and even participate in community service, it was made clear that our voices have been silenced."

The students had been told they needed a majority of the votes, then the requirement was changed to two-thirds.

"It is irrelevant whether the threshold vote required is a simple or a two-thirds majority," wrote FIRE attorney Katlyn Patton in a letter to the university administration.

"The two-thirds majority requirement simply allows a smaller faction to refuse rights based on viewpoint. In either event, the result is impermissible at an institution that promises its students freedom of expression."

Patton continued: "The rejection of TPUSA Scranton after several hours of discussion and a secret meeting is a clear result of viewpoint discrimination — and FIRE will defend all students, regardless of political ideology, who want to express their views by forming a student organization."

The group first wrote to President Scott Pilarz early in November but received a rejection letter.

A new letter, this week, said rejecting the organization's application out of hand "is impermissible at an institution that promises its students freedom of expression."

"It's a shame that the University of Scranton’s administration has failed to recognize that some members of our student Senate have abandoned the idea of representing the interests of their constituents," said Cody Morgan, prospective president of TPUSA Scranton. "Instead, they used the power of their office to push their own political agendas and ideologies, which are in no way reflective of the majority of the student body, to suppress the voices and ideas of students who share opposing viewpoints."