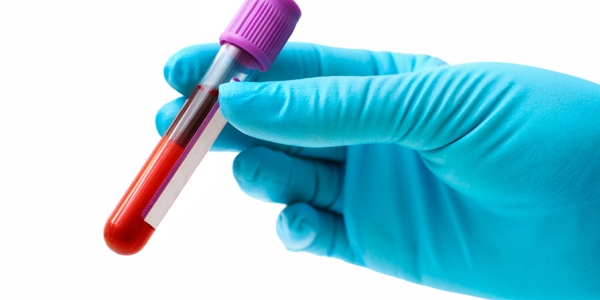 China's attacks on freedom are legion, including ongoing repression of religion and a "social credit" system to enforce "correct behavior" and punish dissent.

Now the government is demanding blood samples from children.

Bitter Winter, which reports on religious liberty and human rights in China, reports that since the beginning of 2016, the government of Xinjiang Uyghur Autonomous Region has been collecting DNA samples from Uyghurs and other Muslims.

The objective is to build databases for tracking and monitoring them in the name of "maintaining social stability."

Bitter Winter said the Chinese Communist Party is collecting biometric data on an ever-increasing scale. All males, including young children, are now mandated to give blood samples.

"Isn't it the doctor's duty to take blood? Why did the police do it?" one parent asked in the Bitter Winter report. "Blood samples have been taken from students in many schools, as part of the government's massive operation. No notice or written communication has been issued to parents. We felt very unsafe."

Various government officials have claimed the samples are needed to "prevent children from being lost or abducted and sold." They're also used, officials say, to identify criminals, to "issue new ID cards," to find out if they take drugs or are sick and even to "find" children later if they commit crimes.

Another parent wondered: "If it is to prevent children from being lost or abducted, why have samples been taken only from boys and not girls? Because girls won't be lost? It's really strange!"

Some fear the DNA samples authorities are collecting could be used for harvesting organs.

"The collection of blood samples is demanded in a government-issued document, which proclaims that they will be used by law enforcement to find criminals. No matter where they escape, the police can locate them," a teacher from Guilin told Bitter Winter.

Bitter Winter said it obtained a copy of a document from the Public Security Bureau in Chongren county that orders education and athletics officials to cooperate in "collecting biological information from all the primary and middle school boys."

"The notice states that this task, carried out nationwide, is intended to help collect information for the seventh census and the issuance of the third generation digital ID cards, aid in rapid identity authentication, and so on," Bitter Winter said.

The samples are taken during the process of government-offered "free physicals" or "checking if people are taking drugs," it reported.

Bitter Winter reported: "The CCP regime often uses the collected DNA data to suppress dissidents or people of faith. In July, the police harassed the parents of a member of The Church of Almighty God who has been on the run to escape persecution and forcibly collected their blood samples, claiming that this will help them to track down the believer.

"A resident from a village under the jurisdiction of Cenxi city in Guangxi Zhuang Autonomous Region said that, in late October, local police officers went from household to household to collect blood samples from male villagers. The names of those who were not at home were given to assistant police officers to follow up and make sure that everyone gives blood – no one is to be missed."