I don't have an official Chuck Norris Hero Award, but if I were offering them, I'd definitely give one to each of three men who put themselves in harm's way this past week, two of whom sacrificed their lives for others.

You've undoubtedly seen in the news the shooting that unfolded at around 10 a.m. on Sunday, Dec. 29, at the West Freeway Church of Christ in the city of White Settlement, Texas, just outside Fort Worth.

Our hearts and prayers go out to the families and friends of the two fallen men and courageous church servants.

My wife, Gena, and I concur with our great Texas Gov. Gregg Abbott, who called the shooting exactly what it was: an "evil act of violence." He then went on to explain: "Places of worship are meant to be sacred, and I am grateful for the church members who acted quickly to take down the shooter and help prevent further loss of life. Cecilia and I ask all Texans to join us in praying for the White Settlement community and for all those affected by this horrible tragedy."

Sixty-four year-old Anton "Tony" Wallace of Fort Worth was actually serving Communion to his church family when the killer pulled out his shot gun.

Tony's daughter, Tiffany, described her dad as a "godly person," who gave his life daily also as a medical nurse. 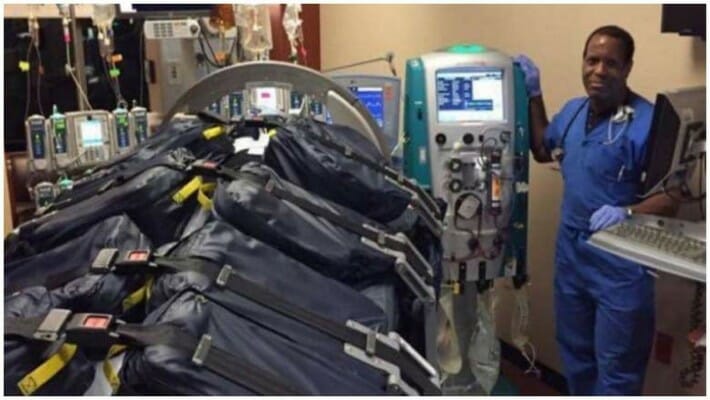 Tony Wallace at work as a nurse.

Without even knowing if the church mayhem was over, Tiffany bravely ran to her father's side once she knew he was shot.

She explained, "The last thing I remember is him asking for oxygen, and I was just holding him, telling him I loved him and that he was going to make it."

Gena and I are so glad that Tony had his beloved daughter by his side as he transitioned from this life to the next.

Tiffany declared with confidence, "Even when we talked about going to heaven, he always said, 'I'm always prepared.'"

Tiffany, the truth is that my fictitious Chuck Norris Award pales in significance to the real reward your father was given a millisecond after he passed from this life and found himself in the presence of a loving God who lavished eternal life on him. We pray for your strength and peace, and in time that your father's smile in Heaven will ultimately overshadow the heartache you feel from his physical absence. Until you see him again there, we implore you to live his servant legacy.

And Tony wasn't alone standing there in Heaven, because right beside him was the pastor's best friend and Tony's fellow parishioner, 67-year old Richard White, who was on the church's security team and sitting in the back of the church service with his eagle eyes. 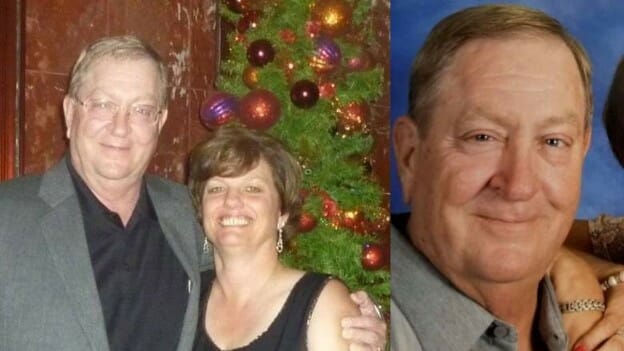 When White actually saw the killer point his shotgun at Tony, he stood and pulled out his handgun from his holster on his backside. Tragically, the gunner shot him first before White could shoot him. But White was willing and tried, and for that I deem him a hero in the first degree who died a valiant Christian martyr and warrior.

As White's family said in a statement, "Rich constantly put others first and was always willing to help with a smile on his face."

Gov. Abbott paid tribute to White at his funeral on Thursday by saying he wished he knew the warrior: "But I leave here today knowing the man and knowing his connection to this community, to this congregation and his commitment to God. He lived such a rich life, and I am so proud of what he did to step up and help his fellow Texans. There were people in that congregation today that are alive today because Rich stood in the breach and protected others from harm's way."

Rich's and Tony's sacrifices allowed Deacon security team leader, 71-year-old retired FBI agent and firearms instructor Jack Wilson, to draw his handgun and take the gunman out from about 50 feet away with a single bullet – just six seconds from when the killer pulled out his gun. 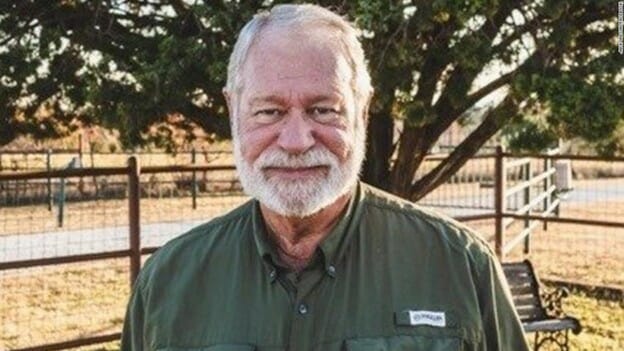 Jack later wrote on Facebook, "The events at West Freeway Church of Christ put me in a position I would hope no one would have to be in, but evil exists and I had to take out an active shooter in church."

When being interviewed and called a hero, Jack humbly replied, "I don't consider myself a hero at all. I did what I was trained to do."

Wilson explained, "The people that were on the security team, we've spent numerous hours training and working on this scenario. Hoping it never happens."

God bless you, Jack! For understanding that faith is not an excuse for avoiding self-defense. And that it's actually balancing the two that's critical, as the Good Book says, "We prayed and posted a guard to meet this threat" (emphasis mine).

Jack is also running for Hood County commissioner, and we enthusiastically endorse him and encourage everyone's support of him.

On his campaign website, it said: "There once was a time the President was honored, police were respected, newborns were treasured, & vets were revered. Let's bring that back …" And before his heroic actions, his campaign slogan was already established: "Make sure your vote is on target." How providential.

Patrick also credited the Texas legislature that passed a law in 2017 allowing churches to have armed volunteer security. And in September 2019, a law passed that allows licensed handgun owners to bring guns into churches unless the churches opposed them doing so.

Patrick was spot on when he said that the security team's quick response saved an "untold number of lives."

I want to stress that again: an "untold number of lives."

Imagine the carnage the evil rodent with the shotgun could have done were it not for these brave heroes who drew the gunner's attention and tragically his fire just long enough for Jack to take his fatal shot. These men were all serving their community and church family, and two gave their lives while doing it. In my book, that makes them all American heroes. And I hope that church erects a tribute monument to all three of them.

President Trump himself tweeted last week: "Our prayers are with the families of the victims and the congregation of yesterday's church attack. It was over in 6 seconds thanks to the brave parishioners who acted to protect 242 fellow worshippers. Lives were saved by these heroes, and Texas laws allowing them to carry arms!"

In light of this West Freeway Church of Christ heroism and the Sutherland Springs massacre in 2017, in which a former National Rifle Association instructor grabbed his rifle and ran barefoot across the street to open fire on the gunman, who slaughtered 26 people at First Baptist Church, what more proof do we need that the only thing that is going to kill a bad guy with a gun is a good guy with a gun?

For many more helpful security tips, please see my past columns: "Faith is not an excuse to bypass self-defense," "Preventing more church shootings," "In God we trust, all others we search" and "Tis the season to increase church security."

The last thing I want to say for those who worry about attending your places of worship in 2020, please keep in mind they are still the safest places to be on the planet.

Here's how your sanctuary safety measures up to other stats, according to Christianity Today:

The chance you will die in the next 12 months:

(For further assistance, I recommend a few great resources: Dana Loesch's "Hands Off My Gun: Defeating the Plot to Disarm America." Also, check out Carl Chinn's website CarlChinn.com and book, "Evil Invades Sanctuary," Chapter 4 of which provides sound guidance on setting up a faith-based safety and security operation. Another great book and DVD is "Shooting Back: The Right and Duty of Self Defense," which shares the story how one other person saved many lives in a congregation gathered in prayer.)

'Just do the math': Democrats shift from convicting to censuring Trump