In 1979, authorities in Idaho discovered an unidentified, dismembered body in a cave, but the man was never identified.

The mystery perplexed investigators for 40 years, but thanks to modern advancements in genetic genealogy, they were finally able to identify him as Joseph Henry Loveless -- an outlaw whom they believe died over 100 years ago.

Hikers found Loveless' dismembered torso in Buffalo Cave near Dubois, Idaho, in August 1979, according to the National Missing and Unidentified Persons System database.

The torso was found in a burlap sack with a white and blue striped shirt, a knitted maroon sweater and black woolen pants, according to Idaho Sate University's report. 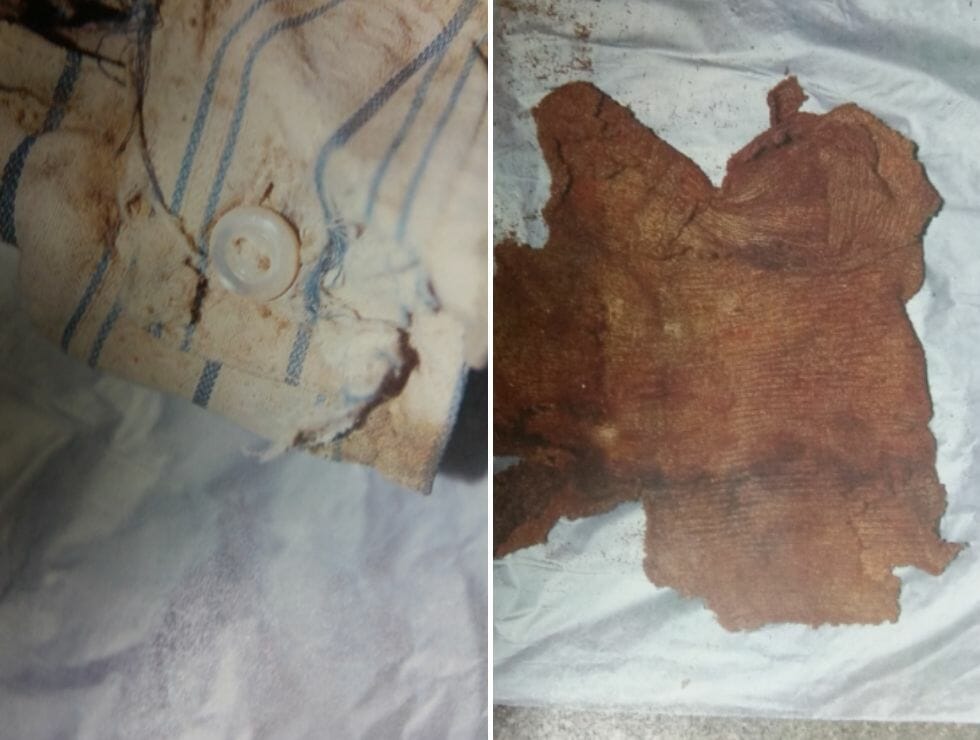 These items of clothing were found with Joseph Henry Loveless' body in 1979 in Clark County, Idaho. (NamUs)

Without a head or limbs, investigators had a difficult time identifying the body, however.

After hearing the success of genetic genealogy over the past few years, researchers at Idaho State University -- who were helping search for the missing skull -- decided to reach out to DNA Doe Project to get some answers to the case.

DNA Doe Project, which was founded in 2017, assists law enforcement agencies identify remains through the process of genetic genealogy.

Once the nonprofit extracted DNA from the unidentified remains into a file, its researchers upload the file to genealogy websites such as GEDMatch or Family Tree DNA in hopes of finding people who share DNA with the John or Jane Doe.

"If we happen to get lucky -- which doesn't happen all that often -- it could be someone as close as a sibling or half-sibling, or aunt, uncle, cousin, things like that, but generally the DNA matches we get back are more like a second cousin or further away," Kevin Lord of the DNA Doe Project told The Western Journal in October.

"From there we build out family trees for the closest DNA matches or the ones we determine to be relevant and by building out the family of all of those DNA matches we can see where those family trees intersect with each other."

It took over 2,000 research hours over 15 weeks to determine that the torso belonged to Loveless.

"It feels amazing. I can’t even begin to express how exciting this case has been. There’s been no others that I’ve worked on like this,” Anthony Redgrave, the DNA Doe Project lead investigator on the case said during a news conference.

He often used aliases and on several occasions escaped jail by sawing through his cell's bars.

The Clark County Sheriff's Department now believes he also murdered his wife -- with whom he fathered three children -- on May 5, 1916. Loveless was arrested a few days later for his wife's murder under a different alias, but he escaped within a week.

Investigators believe he was killed shortly after his escape.