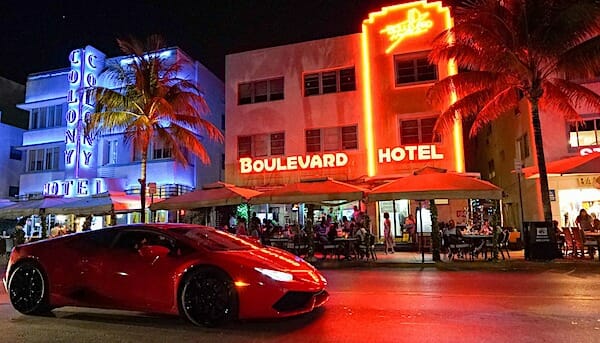 The country's agreement to cover the rooms is one of many tax-funded concessions to the National Football League for the Super Bowl. Miami-Dade has agreed to contribute a total of $4 million to the Super Bowl effort, the Herald said.

Rodney Barreto, the chairman of Miami's nonprofit Host Committee, said the concessions are necessary to win the bid for the Super Bowl, reasoning that if his city doesn't do it, another one will.

The $4 million cash was approved by county commissioners in a series of budget votes that began in 2017.

The Miami paper said the league "holds out the carrot of Super Bowl exposure and travel in exchange for concessions and promises of free police coverage, waived permit fees, comped rental agreements and even cash payments."

"It's a decision each community must weigh," said Brian McCarthy, the NFL's vice president of communications.

"There is no shortage of communities interested in hosting a Super Bowl, which is good indication that it’s a good investment. There’s no question the economic benefits outweigh the costs. It’s very, very competitive," he said.

San Francisco 49ers players are staying this week at the Marquis in Miami, where rooms are selling for $500 a night the weekend after the Super Bowl. The AFC champions, the Kansas City Chiefs, are at the Turnberry resort in Aventura.

Rodney Barreto, the Host Committee chairman, told the Herald the NFL required the $1 million subsidy for player lodgings but that anything over that, including food and drink, is covered by the league or its franchises.

"Maybe the winning team might want to go a little crazy," said Barreto. "That's the beauty, because you cap a lot of these things. If you guys want to go spend a boatload of money, that’s on you."