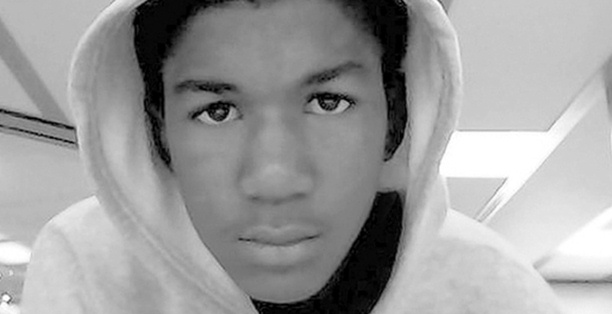 Highway 61 Entertainment, the company that created Joel Gilbert's "The Trayvon Hoax" documentary presenting evidence of witness fraud in the 2013 murder trial of George Zimmerman for the death of Trayvon Martin, is suing a Florida cinema for censoring its message.

The complaint, filed by prominent attorney Larry Klayman in Circuit Court for the 11th Judicial Circuit in Miami-Dade, is against Coral Gables Cinematheque and the city of Coral Gables, whose officials allegedly insisted on the censorship.

Highway 61 had signed contracts to screen the movie and hold a news conference on Dec. 5, 2019.

But while Gilbert was en route to the screening, the cinema canceled it, explaining that city officials insisted it be closed down.

The complaint charges the defendants are liable for "breach of contract, as well as for tortious interference for illegal cancellation of a theater Rental Agreement contract that was signed and paid for in advance, causing Highway 61 considerable financial harm, harm to its reputation, and harm to its potential to capitalize and benefit from considerable local and national media who had confirmed RSVP to the event."

Gilbert told reporters at the time of the cancellation: "I was shocked. It's really sad that they can do this kind of censorship. We showed it at the National Press Club in Washington, D.C., and there was no problem."

The film, according to a promo, "alleges a stunning witness fraud took place in the 2013 murder trial of George Zimmerman. Specifically, the book and film allege, with hard evidence as a result of recent investigative journalism, that the key witness for the prosecution, Rachel Jeantel, was an imposter. The real 'phone witness' and girlfriend of Trayvon Martin is identified as Brittany Diamond Eugene, and Gilbert exposes the entire alleged witness fraud in every detail."

The lawsuit alleges Coral Gables Art Cinema co-executive Director Brenda Moe also "defamed and disparaged Highway 61 and Gilbert" by telling Miami CBS-4, "Gilbert never had a contract and never told them the title of the film."

Moe also falsely claimed to The Daily Dot "no transaction had been made" when in fact she knew there was a signed rental agreement that was fully paid in advance.

Brenda Moe, the mayor of Coral Gables, city council members, and the city attorney demanded cancellation of the event less than 24 hours before the film screening, according to the lawsuit.

The 2012 death of 17-year-old Trayvon Martin in Sanford, Florida, was turned by activists into a national movement claiming racist law-enforcement officers were targeting young black men.

Gilbert asks in his documentary, "The Trayvon Hoax: Unmasking the Witness Fraud that Divided America," what might America be like of the facts surrounding the case had been known at the time.

His investigation found the star witness in the Martin trial, Rachel Jeantel, was a fraud.

As Gilbert dug into the available evidence, including 750 pages of phone records, it became clear that Jeantel was not the "Diamond Eugene" who was on the phone with Martin when he was shot on a rainy night in February 2012 by Zimmerman.

A "witness switch" had taken place. And as he probed further – including travels to Miami high schools, Little Haiti, Florida State University and Sanford, Florida – he found the real Diamond Eugene.

"The George Zimmerman case had started the modern era of fake news and race hoaxes," Gilbert says in the film narration. "Had the truth been exposed at trial, the whole course of recent history would have been different. There would be no Black Lives Matter movement. The city of Ferguson might not have blown up. Colin Kaepernick might still be playing for the 49ers. And thousands of African Americans might have been spared the lethal consequences of the Ferguson Effect."

See the "The Trayvon Hoax: Unmasking the Witness Fraud that Divided America" on Amazon Prime. The companion book is available on Amazon.

Significantly, he told WND in an interview, he found evidence that the real Diamond Eugene, Brittany Diamond Eugene, knew as she conversed on the phone that Trayvon was contemplating a premeditated attack on Zimmerman.

Gilbert said the "Trayvon hoax" refers not only the witness switch but to the hoax he says establishment media play on black Americans: that they must vote Democrat to protect themselves from a racist America in which whites are bent on harming them.

"It's a pretty evil idea to use a troubled black teen's tragic death to put a Hispanic man in prison with the goal of controlling black voters," he said.

The complaint includes copies of the final rental agreement, for which payment had been made in full ahead of time, as well as confirmation from the venue that the event was scheduled.

The complaint cites breach of contract, interference, financial harm, harm to its reputation and more.

It alleges the plans for a screening in Coral Gables were arranged with Operations Manager Elizabeth Dedios and that after the rental agreement was "signed, paid for, all details agreed with the venue secured," Gilbert made arrangements for air travel, hotel rooms, car rentals and security.

The day before the event, Gilbert  was on his way to the venue when Dedios called him and ordered the cancellation with no explanation.

Then the venue operators disparaged Gilbert by claiming there was no rental agreement, the complaint alleges.

Columnist Rachel Alexander explained Gilbert got to know Zimmerman and "discovered that he was not the racist loose cannon he'd been portrayed as."

"Zimmerman admitted he grew up a Democrat and was inspired by Barack Obama. He mentored two black teenagers whose father was in prison," she wrote.

"Zimmerman joined Neighborhood Watch after his wife urged him to. There was a lot of crime in the neighborhood, and Zimmerman had called the police several times himself. Contrary to how he'd been portrayed, he did not join the patrol because he was a 'wannabe cop.'"

She wrote: "Driving to the store one evening, he noticed a man in the rain, between two buildings, not trying to get out of the rain. He called the non-emergency police number to report it. He left his car because he was trying to give the dispatcher a more precise location of where the man was. The man, who was Martin, asked him if he had a problem. Then Martin punched him, pushed him to the ground, got on top of him and pummeled him and smothered him. A witness saw this happen. The witness yelled that he was calling the police, but Martin didn't stop. That's when Zimmerman shot him."