Republicans have a 53-47 majority in the Senate. That means no more than three Republicans can break away from the GOP position that witnesses should not be called for a vote on witnesses to fail. That motion is expected to be offered Friday.

If the Senate votes 50-50 on the motion, Chief Justice John Roberts, who is presiding over the trial, could use his power to break the tie, but that is considered unlikely.

Failure of that vote is widely seen to be a precursor to a vote to reject the articles of impeachment passed by the House and acquit the president.

In a statement issued by Alexander and posted on Twitter, the senator made no bones about his view that a July 25 call between Trump and Ukrainian President Volodymyr Zelensky was inappropriate.

Alexander said that in his opinion, the president deliberately withheld aid to Ukraine to encourage that country to investigate the activities of former Vice President Joe Biden and his son Hunter, who was paid well to serve on the board of the Ukraine energy company Burisma Holdings. Trump has said there was no quid pro quo deal concerning the aid.

Alexander was dismissive about the second article of impeachment against Trump, dealing with obstruction of Congress.

"There is no need to consider further the frivolous second article of impeachment that would remove the president for asserting his constitutional prerogative to protect confidential conversations with his close advisers," he said in his statement.

The senator explained his stance on the first article, dealing with abuse of power.

“It was inappropriate for the president to ask a foreign leader to investigate his political opponent and to withhold United States aid to encourage that investigation," Alexander said in his statement. "When elected officials inappropriately interfere with such investigations, it undermines the principle of equal justice under the law.

"But the Constitution does not give the Senate the power to remove the president from office and ban him from this year’s ballot simply for actions that are inappropriate.

The framers believed that there should never, ever be a partisan impeachment. That is why the Constitution requires a 2/3 vote of the Senate for conviction. Yet not one House Republican voted for these articles. 12/15

It would create the weapon of perpetual impeachment to be used against future presidents whenever the House of Representatives is of a different political party. 14/15

Our founding documents provide for duly elected presidents who serve with “the consent of the governed,” not at the pleasure of the United States Congress.

On Thursday, Republican Sen. Susan Collins of Maine said she will vote to call new witnesses.

“I believe hearing from certain witnesses would give each side the opportunity to more fully and fairly make their case, resolve any ambiguities, and provide additional clarity. Therefore, I will vote in support of the motion to allow witnesses and documents to be subpoenaed,” she said in a statement.

I will vote in support of the motion to allow witnesses and documents to be subpoenaed. My full statement: https://t.co/VuhZv6CO5e pic.twitter.com/LhQlnvPaoc

According to media accounts, a book Bolton will release in March claims Trump linked military aid to Ukraine with the country's willingness to investigate a corruption investigation from 2016 that targeted Hunter Biden.

Republican Sen. Lisa Murkowski of Alaska said she was considering her position. During Thursday's session, she said the dispute over whether aid was linked with an investigation “weighs in favor” of calling witnesses, according to Roll Call.

Jack Davis, The Western Journal
City of Billings responds after reports of explosions over Montana
Couple hear 'cats' screaming in the woods, find something entirely unexpected instead
Murdered GOP lawmaker was shot 7 times in the head
George Soros finally given the perfect title
Man shows his electric car lost 70% of its acceleration ability in the cold
See more... 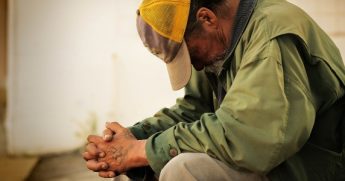