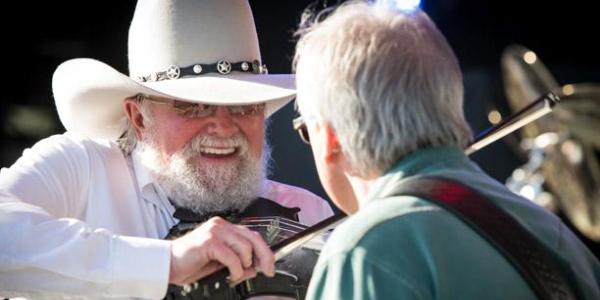 Democrats have become a "one-trick pony" with their focus on impeaching President Donald Trump.

But country rock music superstar Charlie Daniels says in his newest "Soap Box" column that it's going to catch up with them.

"Ever heard the name Durham or Barr?" he asked.

That would be U.S. Attorney John Durham, who is conducting a criminal investigation into the origins of the Trump-Russia probe, and William Barr, the attorney general, who declared in a congressional hearing that the Obama administration spied on the 2016 Trump campaign.

"Well, Nancy, Chuck, Adam, Jerry and all the rest of you power greedy political shysters, when you stomp around in the swamp, there ain't no telling what kind of dangerous swamp critters you'll stir up and the slime splashes both ways," Daniels wrote. "And somewhere down the line one of them is going to catch up with you."

He acknowledged political parties have their own interests.

"But their ultimate goal is supposed to be what is best for the country, not what benefits political parties or furthers the goals of some philosophy or idealistic notion of what the progressives think the nation should be," he said.

"The battle should be fought in the arena of ideas, the expose of bare facts and the choice should be made by the citizen voters, not by a legislative body who removes it from the hands of the people and usurps the power vested only in the casting of 'one person one vote' electoral system mandated by our Republic," he wrote.

But Democrats, he said, have a "fevered obsession" with removing President Trump.

"The truth of the matter is that the Democrats are totally out of options when it comes to regaining the White House in 2020 because they know that Trump has kept his promises," he said.

"The economy is smoking, unemployment for all Americans is at historic lows, the Obama depleted military has been revitalized and Trump has been the only president since the emergence of China as an economic force to stand toe-to-toe with them to demand fair trade policies.

"The one-sided NAFTA treaty has been revamped, and although Nancy Pelosi tries to claim credit, anybody with enough gray matter to pop the top on a soda can knows that Obama had eight years to do something about it and the Democrats never lifted a finger to pursue the same negotiations that Trump was able to achieve.

"In spite of dire warnings from a politically sold-out media, America just had its biggest retail Christmas shopping season in history and violent gang members are being rounded up and deported. Hope has been given to terminal medical patients by allowing them to receive drugs that are still in experimental stages and lives are being saved."

He cited Obama's claim that high unemployment was the "new normal."

"I guess he must have meant that the 'new normal' is the best the Democrats can do because Trump just blasted Obama’s theory into oblivion," he said.