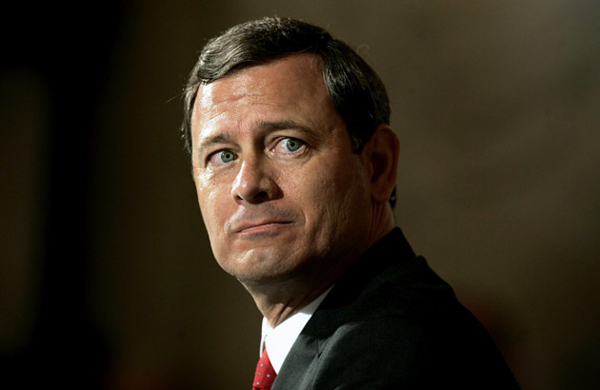 A legal scholar predicts Supreme Court Chief Justice John Roberts, the constitutionally appointed presiding officer at any impeachment trial, will be a "dignified figurehead" in the proceedings against President Trump.

Frank Bowman, a professor of law at the University of Missouri Law School, said the trial will be "dominated by the Republican senatorial caucus," according to Scotusblog.

Bowman also is a visiting professor at Georgetown Law Center.

House Speaker Nancy Pelosi, after three weeks of attempting to influence the trial, announced Friday she would forward the articles next week.

Bowman said some people are hoping "Roberts could wrench control from the politicians who make up the Senate and transform the proceeding into a trial of the conventional judicial sort, with both sides able to compel the appearance of live witnesses and the production of documents and to inquire into any matter logically relevant to the charges against the president."

But he pointed out that "neither the Constitution, the rules of the Senate, historical precedent nor the personal predilections of Roberts himself make this the least bit likely."

"Instead, Roberts is most likely to serve as a dignified figurehead in an affair entirely dominated by the Republican senatorial caucus."

He explained the Constitution lists only four points regarding a Senate impeachment trial: "(1) The Senate 'shall have the sole power to try all impeachments'; (2) when sitting as a court of impeachment, senators 'shall be on oath or affirmation'; (3) conviction of any accused officer requires 'concurrence of two thirds of the members present'; and (4) when the president is the accused, 'the Chief Justice shall preside.'"

"A good many discussions of the upcoming Senate proceeding have understandably, but incorrectly, inferred two things from the presence of a judge in the presiding officer's seat: first, that having a judge preside implies that the process will be akin to a conventional judicial trial, and second, that the chief justice's role will be akin to that of a judge in such a trial. Neither inference is supported by the constitutional text," he said.

He wrote: "The chief justice is inserted into presidential impeachments only to resolve the conflict of interest. His presence in the chair does not make the proceeding more 'judicial' in character, nor is he accorded more 'judicial' authority than the vice president or president pro tempore (meaning 'president for a time') of the Senate would possess in cases involving other officials. His role is merely to serve the same function they do in such cases. That function is delimited by Senate rules."

Senate rules "nominally give the presiding officer considerable power, including the power to issue 'orders, mandates, writs, and precepts' (Rule V), to 'direct all the forms of proceedings while the Senate is sitting for the purpose of trying and impeachment' (Rule VII), and to 'rule on all questions of evidence including, but not limited to, questions of relevancy, materiality, and redundancy of evidence' (Rule VII). But in every case, this apparent authority is subject to the critical limitation that the presiding officer may only act in accordance with the will of the Senate."

He said that, ultimately, "every question ultimately rests in the unguided, and inevitably politically driven, discretion of a majority of senators."

The Senate rules, said Bowman, give Roberts "an easy way of avoiding any expression of view on any difficult issue."

"Whenever presented with a question on the admissibility of evidence, the presiding officer need not even make a provisional ruling but instead can immediately 'submit any such question to a vote of the Members of the Senate," he said.

Bowman concluded that Senate Majority Leader Mitch McConnell and the Republicans "can maintain complete control over every aspect of the upcoming proceeding so long as they maintain a solid block of 51 votes."