"No credible scientific body has claimed climate change threatens the collapse of civilization much less the extinction of the human species," said Michael D. Shellenberger before the House Committee On Science, Space, and Technology. 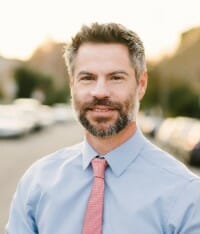 "And yet some activists, scientists, and journalists make such apocalyptic assertions, which I believe contribute to rising levels of anxiety, including among adolescents, and worsening political polarization," said Shellenberger, president of the non-profit group Environmental Progress.

Thunberg has claimed the world is "in the beginning of a mass extinction. Ocasio-Cortez has said "we have 10 years left to plan and implement a Green New Deal before cataclysmic climate disaster."

The Daily Wire reported Shellenberger explained to lawmakers he's an "energy analyst and environmentalist dedicated to the goals of universal prosperity, peace, and environmental protection."

Shellenberger, the Daily Wire points out, is not a climate-change denier. He says he's mainly concerned "about getting the facts and science right."

"I believe that scientists, journalists and advocates have an obligation to represent climate science accurately, even if doing so reduces the saliency of our concerns," Shellenberger said.

He advocates expanding the use of nuclear energy and natural gas, pointing out that wind and solar power are unreliable, expensive and have "large environmental impacts.

"The U.S. invented nuclear energy for civilian use in the 1950s and yet over three-quarters of new nuclear reactors globally are being built by the Chinese or Russians," Shellenberger said.

"Everyone recognizes that for the U.S to compete in building nuclear plants abroad we must build them at home and yet electric utilities may close half of America's nuclear plants over the next two decades."