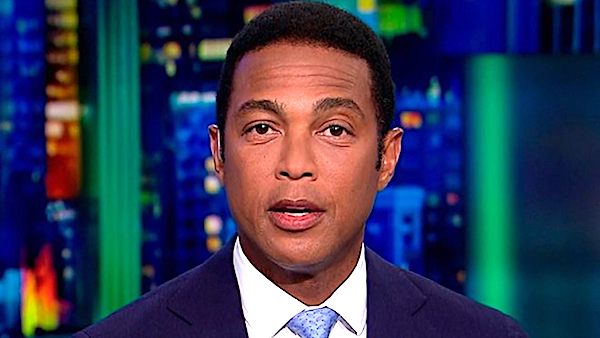 But they may not get the last laugh.

This is a MUST WATCH clip. @donlemon and his guests trash conservatives as illiterate hillbillies who can't figure out a map.

Never forget, THIS is what the liberal "elites" think of you. pic.twitter.com/dN6wu4eEIg

The Western Journal, commenting on the segment that aired Saturday night during impeachment trial coverage, said President Trump's supporters "have known for years that the mainstream media makes a point of mocking half the country on a regular basis."

"But the disdain is rarely on the kind of open display like it was during a weekend segment of the Cable News Network, where one of its best-known personalities joined his panel in ridiculing the intelligence and education of those who disagree with them politically -- the 'credulous, boomer-rube demo that backs Donald Trump.'"

In the exchange on CNN, Wilson said, "Donald Trump's the smart one – and y'all elitists are dumb!"

Ali, mimicking a Southern accent, said, "You elitists with your geography and your maps and your spelling."

Lemon bent over his desk with laughter.

The Daily Caller posted the video on Twitter with the message "America, this is what CNN thinks of you…"

The Daily Caller said: "Eighty seconds. That's how long it took for a CNN panel to show just what they think of President Donald Trump's supporters."

A Twitter user wrote, "The only people offended were those at airports," referring to the network's exclusive contract.

Richard Berthold said the clip should be shown at the president's rally in New Jersey.

"How do you think that would go over? 4 more years," he wrote.

Twitter user Cory Bridgmon said, "I can't wait to see all 3 of these clowns on Nov 3rd after Trump wins re-election."

Ken Smith wrote: "They're fine saying stuff like this because they know only 7 people are watching."

The Western Journal said the three on CNN "gave away the game when it comes to how the media elites and the Democratic politicians they champion actually feel about fellow Americans."

"Well, the feeling is more than mutual, and it’s one reason Donald Trump is in the Oval Office today."

Wilson later wrote on Twitter, "What *really* rattled Trump is that I went on the air and said he couldn't find Ukraine on a map."

The president's daughter Ivanka Trump pointed out to Wilson on Twitter, "You consistently make fun of half the country and then complain that it is divided."

Radio host Rush Limbaugh read a letter on the air Tuesday from a listener reacting to CNN's laugh-fest:

"They don't seem to realize that they are mocking the people who manufacture and repair their cars, fly the airplanes that they travel in, operate on them in the hospital and put in their IVs, cook and serve their food in restaurants.

"They don't realize they're mocking and laughing at and making fun of the people who protect them from criminals, who are teaching their kids, who drive their Ubers, who are defending us in the military around the world -- who clean the snow off of their pristine, elitist streets -- who make their adult beverages at the bar, who maintain the electrical grid so they've got power in their homes and on and on and on."