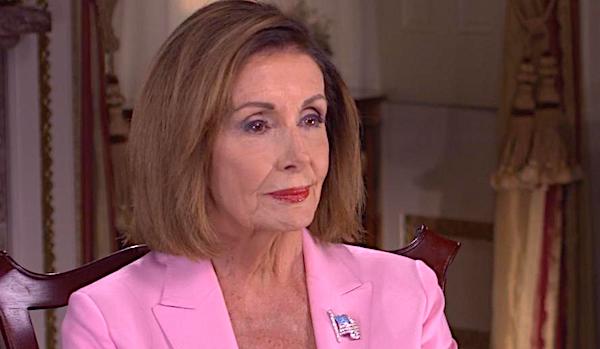 House Speaker Nancy Pelosi, D-Calif., is preparing to introduce a "War Powers Resolution" to limit President Trump's "hostilities with regard to Iran," calling the precision airstrike last week that killed the general responsible for the deaths of more than 600 Americans "disproportionate."

Democrats have complained they were not told ahead of time of the missile strike last week that killed Maj. Gen. Qassem Soleimani, who headed the Islamic Revolutionary Guard Corps' elite Quds Force.

The Hill reported Pelosi said in a letter the House will consider a resolution requiring the Trump administration to cease any military operations regarding Iran within 30 days.

The resolution is sponsored in the House by Rep. Elissa Slotkin, D-Mich., and in the Senate by Sen. Tim Kaine, D-Va.

Pelosi declared the strike was "provocative and disproportionate" to the damage the U.S. suffered.

"As members of Congress, our first responsibility is to keep the American people safe," the Democrat wrote in the letter. "For this reason, we are concerned that the administration took this action without the consultation of Congress and without respect for Congress's war powers granted to it by the Constitution."

Pelosi and other Democrats have complained that Trump's actions escalated the danger, even though Soleimani has been blamed for hundreds of American deaths.

The administration sent a classified notification to Congress of the strike on Soleimani, but Sen. Chuck Schumer, D-N.Y., is demanding that it be declassified.

Trump tweeted Sunday afternoon that "legal notice is not required" for him to take additional action. But he claimed on Twitter he provided notification to Congress that he "will quickly & fully strike back, & perhaps in a disproportionate manner" if Iran attacks "any U.S. person or target."

National Public Radio said Pelosi's claimed the strike "endangered our servicemembers, diplomats and others by risking a serious escalation of tensions with Iran."

With Pelosi in charge of majority Democrats in the House, there's no doubt such political action could be approved.

But a similar resolution failed in the GOP-majority Senate last year.

Pelosi's said the elimination of Soleimani "endangered" Americans, and Congress must "keep the American people safe."