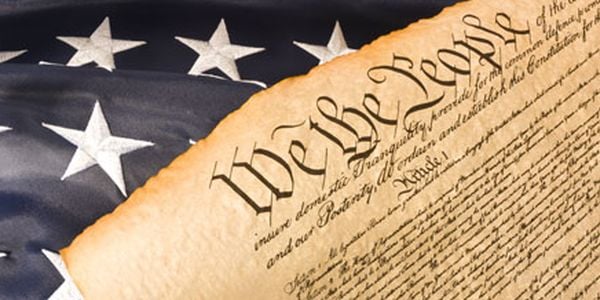 Democratic lawmakers in Virginia, in the majority in the statehouse for the first time in decades, finally have claimed to have ratified the proposed Equal Rights Amendment.

They claim Virginia has become the 38th state to do so, to make the ERA part of the U.S. Constitution.

Not quite, contends an legal opinion from the U.S. Department of Justice Office of Legal Counsel.

"Congress has constitutional authority to impose a deadline for ratifying a proposed constitutional amendment. It exercised this authority when proposing the Equal Rights Amendment and, because three-fourths of the state legislatures did not ratify before the deadline that Congress imposed, the Equal Rights Amendment has failed of adoption and is no longer pending before the states," the opinion said.

"Accordingly, even if one or more state legislatures were to ratify the proposed amendment it would not become part of the Constitution and the archivist could not certify its adoption."

The opinion said Congress "may not revive a proposed amendment after a deadline for its ratification has expired."

"Should congress wish to propose the amendment anew, it may do so through the same procedures required to propose an amendment in the first instance, consistent with Article V of the Constitution."

Kristen Waggoner, a spokeswoman for the Alliance Defending Freedom which has opposed efforts to resurrect the ERA, said: "The Department of Justice is correct in its conclusion that the Equal Rights Amendment's ratification deadline passed a long time ago. The ERA not only undermines women's rights and opportunities, it falls far short of the requirements to amend the Constitution.

"As it stands today, the ERA is legally dead and has been for the last 40 years because its proponents failed to achieve the required support from the states. Women deserve to be treated with equality and fairness under the law, but that’s not what the ERA does.

The opinion pointed out the ERA never got the approval of three-fourths of the states as required.

And Congress cannot go back in time and un-do a deadline it had imposed itself.

"Such an action by this Congress would seem tantamount to asking the 116th Congress to override a veto that President Carter had returned during the 92nd Congress, a power this Congress plainly does not have."

Democrats in Congress already have discussed having a simple vote to lift the original deadline, but the legal opinion said that would not be allowed by the Constitution itself.

"Congress's authority to fix a 'definite period for ratification' is 'an incident of its power to designate the mode of ratification.' Congress may fix such a deadline for a proposed amendment 'so that all may know what it is and speculation on what is a reasonable time may be avoided.' Congress would hardly be setting a 'definite period for ratification' if a later Congress could simply revise that judgment, either by reducing, extending, or eliminating the deadline that had been part of the proposal transmitted to the states."

The concept first was proposed in the U.S. House in 1923, but it didn't gain congressional action until the 1970s. But that legislation included a ratification deadline, which was extended once but that action happened before the time had expired.

Recently, three states sued to keep the ERA corpse in its grave.

AP reported South Dakota, Louisiana and Alabama have filed a federal case to block the ERA should there be support.

During the original time period, only 35 states approved it. In recent years, and after the deadline, two more did.

But ratification votes by Nebraska, Tennessee, Idaho, Kentucky and South Dakota were withdrawn.