After 23 years of questions, Kristin Smart's family might finally be receiving answers about her disappearance from her college campus in 1996.

Kristin's mother, Denise Smart, told The Stockton Record in California that she was recently approached by the FBI and was told to "be ready" for a development in the case.

Smart said authorities told her, "Be ready. This is really going to be something you don’t expect. We want to give you the support you need."

Authorities also reportedly told her to hire a family representative and that she and her family "might want to get away for a while."

Something may break soon in the case of Kristin Smart, whose disappearance in 1996 remains unsolved, her family says. https://t.co/1yhxb5fugH

Despite the hopeful message from the FBI, Smart said she was still unsure what kind of news the development might bring and when it would come.

Kristin's disappearance has brought the family on a roller coaster of hope and despair over the past two decades, but this foreboding message from authorities brings a new level of anxiety.

“It’s like, ‘Can you give me the flight plan?’” the mother told The Record. “When is this happening?”

Kristin disappeared from California Polytechnic State University in San Luis Obispo on May 25, 1996, around 2 a.m. She was 19 years old at the time. 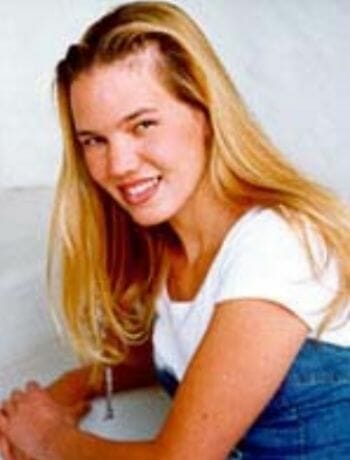 Kristin Smart was only 19 years old when she disappeared from her college campus in California. (NamUs)

She was last seen after she and a friend left a fraternity party to walk back toward their dorm rooms, according to the San Francisco Chronicle.

They were also accompanied by a male student, Paul Flores, who has long been the primary suspect in the case although he has never been charged.

Flores told investigators that he walked Kristin as far as his dorm room but that she then walked to her own dorm room unaccompanied, according to The Record.

Her disappearance was initially handled by Cal Poly police, but they thought she had just gone on an unannounced camping trip; they didn't alert the San Luis Obispo Police Department until a month after she disappeared.

Many blame the mishandling of the case in the beginning and tunnel vision by the San Luis Obispo County Sheriff’s Office for the unanswered questions that still linger today, The Record reported.

Chris Lambert, host of the podcast “Your Own Backyard: The Disappearance of Kristin Smart,” is among them.

“By the time they turned it over, so much had been lost, so many people had been able to move away and cover things up,” Lambert told The Record. “So by the time the sheriff’s department came in they had a lot of work to do.

“And then the biggest mistake I think the sheriff’s department made was that the first sheriff commented within one year of investigating that if [Flores] didn’t talk they would never be able to solve this. That was a huge judgment error.”

Lambert's podcast has rejuvenated the community's interest in Kristin's disappearance, and Denise Smart credits him for aiding the investigation.

"He has rallied support like no one ever has and brought a lot of those people out of the woodwork,” she said. “So, he’s obviously made [the sheriff’s] job easier.”

With the FBI's heads up, Smart said she has no doubt that answers will come soon. She just doesn't know when.

"It’s probably imminently going to break I would say within a month,” she said. “Something’s going to happen.”