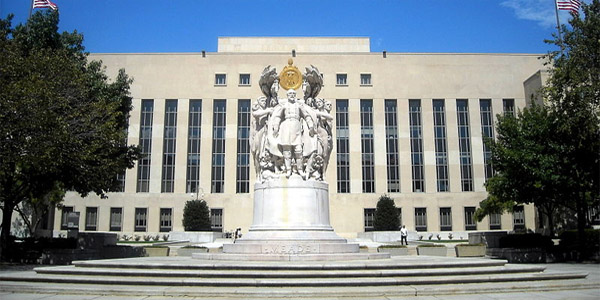 The nation's top spy court ruled two of the four authorizations for the Obama administration to surveil onetime Trump campaign adviser Carter Page were "not valid."

The Foreign Intelligence Surveillance Court determined in a secret ruling released Thursday that there was no sufficient basis to "establish probable cause to believe that Page was acting as an agent of a foreign power."

The warrants were based largely on the infamous "Steele dossier" of unsubstantiated Russian propaganda funded by Hillary Clinton's campaign and the Democratic National Committee.

Former British spy Christopher Steele alleged Page was part of a "well-developed conspiracy of cooperation" between the Trump campaign and Russian government to influence the 2016 election.

U.S. Attorney John Durham is now conducting a criminal investigation into the origins of the Obama counter-intelligence investigation of the Trump campaign.

Titled "Order regarding handling and disposition of information," the FISA court ruling dated Jan. 7 cited the Justice Department inspector general's finding of "material misstatements and omissions in the applications filed by the government in the above-captioned dockets."

"The court understands the government to have concluded, in view of the material misstatements and omissions, that the court's authorizations in Docket Numbers 17-375 and 17-679 were not valid," the ruling states.

The judge ordered the government to "make a written submission regarding the FBI's handling" of the situations.

The FBI's FISA applications cited information from the Steele dossier to assert that there was probable cause to believe Page was working on behalf of Russia.

But Inspector General Michael Horowitz found that FBI agents concealed from the court evidence showing Page was not "conspiring" with Russia.

The FBI failed to disclose Page had been an "operational contact" for the FBI and that a "source" for Steele's dossier disputed its claims.

The dossier was central to the claim of Democrats such as Rep. Adam Schiff, D-Calif. -- the leading House impeachment manager -- that Trump colluded with Russia to win the 2016 election.

But after two years of investigation, special counsel Robert Mueller could find no evidence to support the claim.