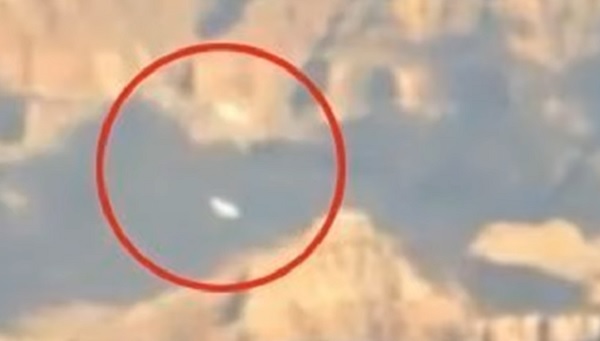 Adm. Gary Roughead, a retired chief of naval operations, says the country needs to know where Tic Tac came from.

That's the name given to an unidentified flying object spotted in various military videos that is shaped like the popular breath mints.

"Without knowing what they may be – are they phenomena or are they vehicles that someone was able to get into place? – I think one of the great challenges that more people looked at is, where would these have come from? And quite frankly, I haven't spent a lot of time on that issue," Roughead said.

His comments came in a report by Sarasota Herald-Tribune reporter Billy Cox on his blog page.

The flying objects have appeared in several sets of gun-camera videos. One was from an F-18 attached to the USS Nimitz off Southern California in 2004. Others were from Super Hornets based with the USS Roosevelt off Jacksonville, Florida, in 2015.

The footage was authenticated by the Defense Department last year.

A few of the facts have left aeronautical experts astonished.

"The target of the 2004 footage, dubbed the 'Tic Tac' for its oblong shape, reportedly plunged from 80,000 feet to 20,000 feet in less than a second, a speed that would have easily destroyed a conventional aircraft," the report explained.

"Roughead commanded both the Atlantic and Pacific fleets before serving as CNO from 2007 through 2011."

Such reports were rare, he said, but they emphasized the hope of developing "unmanned autonomous aircraft."

"I think we're going to continue to see new technology in the form of unmanned systems that will begin to interfere with military capability. And we're not alone. There's no question that China and Russia want to plan," he said.

In the report, retired Navy Cmdr. David Fravor explained UFOs are not the only mystery.

He was the one who chased the Tic Tac UFO and recently recounted for the New York Times more information about one craft that not only flew but submerged under water.

"I remember there was one (UFO), and it may have been after I retired, that seemed to go under water," he said. "If in fact it was a real vehicle, how did it launch and recover? Because as you know, it's not an easy thing to get something that can perform extraordinarily well in the air and dive into the water and become something else. What that phenomenon was, I can't help you out there," he said.

Roughhead pointed out that's an entirely new field of questions.

"The aerodynamics and the hydrodynamics and the strength that’s required to be able to fly and operate at depths, and the power you need to move at high speeds in the air, then how do you convert that power to something under the water – those are huge technological challenges. There's no question in my mind that in the future of warfare, probably long after I’m gone, we’ll see that type of thing beginning to occur," he said.

ABC News reported the National UFO Reporting Center, which tracks calls and messages from people around the U.S. and Canada about strange sightings in the sky, said it heard of 5,971 sightings in 2019.

The report said, "California led the country last year with the most number of UFO observations to the site: 485 in total, an increase of 182 sightings from 2018. Florida came in second with 385 sightings in 2019, which was 156 more reports than in 2018, according to UFO Reporting Center data."