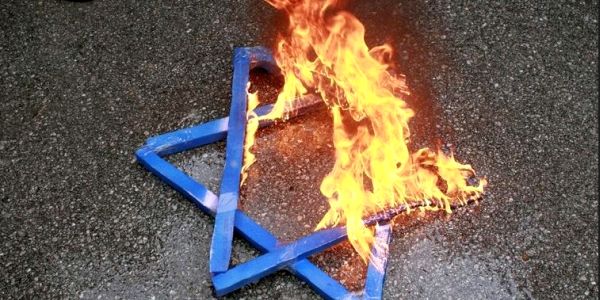 A complaint has been filed with the U.S. Department of Education asking for an investigation of alleged anti-Semitism at Georgia Tech.

Members of the Jewish community have been physically excluded from at least one event, and Georgia Tech's "indifference to their legitimate concerns and complaints has made them feel unwelcome at many more," wrote lawyers with the American Center for Law and Justice in a letter to Kenneth Marcus, assistant secretary for civil rights for the Department of Education.

"The clear message that Georgia Tech is communicating is that they are deliberately indifferent to the concerns and wellbeing of its Jewish population," ACLJ said.

The letter documents alleges actions that appear to violate Title VI of the Civil Rights Act.

The ACLJ explained: "Georgia Tech allowed blatant anti-Semitic exclusion and harassment at a campus group event; attempted to conceal the offense; repeatedly and systemically stonewalled Jewish student and faculty efforts to address the incident; ignored two out of the three complaints arising from said event; and, after a student conduct board finally found the campus group guilty on the one complaint they did hear, violated their own policies and issued a decision on appeal reversing that guilty ruling – allowing the anti-Semitism to continue unchecked."

The conflict stems from an attempt last April by Lauren Blazofsky, the director of Hillel at Georgia Tech, to attend a Young Democratic Socialists of American event for which she registered that was open to the public.

Blazofsky was turned away, the letter explains, and she filed a complaint with the school's office of integrity.

Five months later, Blazofsky's complaint was the subject of a hearing that found the Democratic Socialists "had indeed violated Ms. Blazofsky’s rights, and gave YDSA five business days from the date of the decision to appeal."

However, YDSA then launched a "victim-blaming PR campaign" and ultimately, Georgia Tech "reversed its decision" without explaining its reasons or even notifying Blazofsky.

"On November 14, 2019, the ACLJ sent Georgia Tech a letter demanding it explain what happened and take corrective action. In response, Georgia Tech acknowledged that its policies were flawed, but would not explain how or why the reversal took place after the matter had been officially closed. The only indication Georgia Tech would give the undersigned ACLJ counsel was that it had something to do with the fact that since other Jewish people were allowed into the event, there could not have been anti-Semitism after all," ACLJ said.

The university has yet to address the complaints from the two students, who were "verbally attacked and told to never come back to a YDSA program."

"It has been eight months since those complaints were filed and Georgia Tech has yet to even schedule an initial hearing," ACLJ said.

The organization noted the problem of anti-Semitism on American campuses is so well-known that President Trump recently issued an executive order to combat it.

ACLJ said it "firmly believes that in our college institutions, the freedom of speech, even offensive speech, should be cherished and respected as part of what makes our democracy great."

"This case, however, is not about restricting speech, nor is it about the viewpoint of any person or club.

"Title VI prohibits discrimination in federally assisted programs and activities, on the basis of race, color, or national origin. A violation of Title VI may be found if discrimination is encouraged, tolerated, not adequately addressed, or ignored by administrators."

ACLJ told the federal department: "Affected community members have been physically excluded from at least one event and Georgie Tech's indifference to their legitimate concerns and complaints has made them feel unwelcome at many more. Without prompt and appropriate action – including requiring Georgia Tech to evenhandedly enforce its own rules and procedures and comply with Title VI – Jewish students will continue to be victimized by Georgia Tech's implied consent for anti-Semitic discrimination and racism."