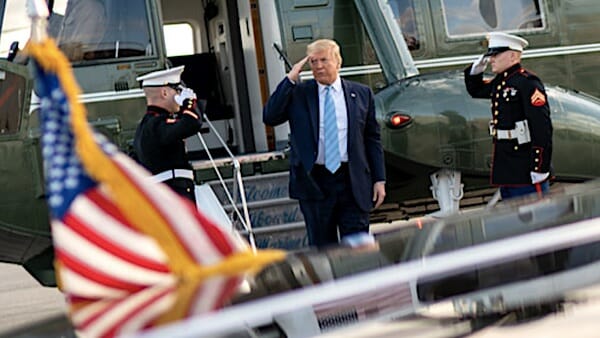 House Democrats have never made a secret of their intent to impeach President Trump, since even before he was elected. They've claimed collusion with Russia, obstruction, bribery and a long list of other charges.

Rep. Adam Schiff, D-Calif., held days of hearings before the Intelligence Committee, using witnesses he chose and controlling the testimony, before concluding the president should be impeached.

And lawyers for the House Judiciary Committee have vowed that if new evidence arises, they'll do it all over again.

Now Schiff says he wants to go looking for that evidence, and there should be hearings before Congress on the Trump administration's order to kill Iranian terrorist Qassam Soleimani.

Talk-radio host Rush Limbaugh on Monday predicted, "They're gonna fold this into their overall impeachment move."

The Hill reported that appears to be the plan.

"The president has put us on a path where we may be at war with Iran. That requires the Congress to fully engage," he told the Post.

He said the Trump administration promise to retaliate further should Iran attack more Americans did not come from the Pentagon.

Trump had warned that 52 Iranian sites could be "hit very fast and very hard" if the radical Islamic regime attacks Americans or American facilities.

"Schiff has also questioned whether there is intelligence that supports the claim that killing Soleimani would prevent future attacks against the U.S," the Hill reported.

"I'm certainly not satisfied that the intelligence supports the conclusion that the killing of Soleimani was going to either prevent attacks on the United States or reduce the risk to American lives," Schiff told the Post.

The suggestion regarding new impeachment claims was made by lawyers for the House Judiciary Committee who said in a court document recently that Democrats are continuing to investigate the president even though they already adopted two articles of impeachment.

If they find something on which to base a new claim, the letter said at the time, Democrats "will proceed accordingly—including, if necessary, by considering whether to recommend new articles of impeachment."

Democrats have claimed the president abused his power and obstructed Congress. The charges followed years of claims, including by Schiff, that the Trump 2016 campaign colluded with Russia.

However, special counsel Robert Mueller found no underlying crime, concluding the Trump campaign did not collude with Russia.