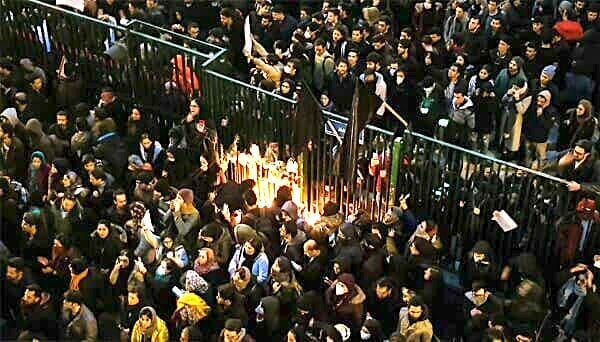 After three days of anti-government protests, some analysts believe Iran's Islamic regime is more vulnerable than at any time since its founding in 1979.

Among them is Gen. James Jones, who was national security adviser in 2009 and 2010 under President Obama.

"I think the needle is moved more in that direction in the last year towards that possibility than ever before with a combination of the sanctions, relative isolation of the regime, and then some catastrophic decisions have been made — assuming that we weren’t going to respond, which turned out to be a very, very bad decision," Jones told CNBC's Hadley Gamble at the Atlantic Council Global Energy Forum in Abu Dhabi on Sunday.

Jones was referring to the U.S. drone strike on Jan. 3 that killed Quds Force Gen. Qasem Soleimani in response to the attack on the U.S. Embassy in Baghdad by Iranian-backed militias.

In an anti-government uprising in November that spread to 21 cities, the mullah regime killed at least 1,500 protesters. Citizens once again took to the streets Sunday after the regime admitted shooting down a passenger jet.

"I think it's clear that the regime in Iran has had a very bad couple of weeks," Jones said. "And one of the things that people don't talk about too much is the degree of unrest that there is in the country, which I think is significant."

The Lebanon-born Phares said that Iran's economic woes combined with the political suppression are spurring a resistance that is "irreversible."

"The regime can push back, can do violence, but they have to be careful, because, unlike last year and the year before, the United States, its president and others in the region have committed to monitoring what's happening," he said.

That means, Phares continued, "there will be actions, including legal and other, against those who are engaged in violence against the protesters."

'Death to the dictator'

The Trump administration says the intent of its "maximum pressure" campaign through sanctions is not regime change. But officials recognize that the global threat posed by the Islamic regime will remain as long as the mullahs, led by Supreme Leader Ali Khamenei, are in power. 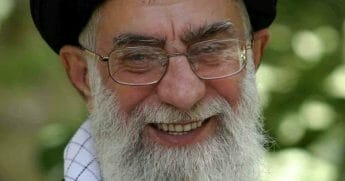 Chants of "Death to the dictator," referring to Khamenei, have been heard in protests over the past three days.

Iranian security forces have fired live ammunition and tear gas on protesters, according to videos circulating online and verified by the Associated Press.

The increasingly heavy sanctions imposed by the U.S. after the Trump administration withdrew from the 2015 nuclear deal have contributed to the economic woes. Inflation has surpassed 40%, and the economy is expected to contract more than 8% in the financial year 2019/20.

"This was a powerful step, we'll see where it goes," Jones said. "It's a complicated region, but I think history will say that this was the right thing to do."

He advised the Trump administration to "not let up."

"And I would not listen to the appeasers of the world who kind of want to calm the waves and let's get back to normal business," he said.

"You have Iran using its proxies to spread terror around the world and interdict shipping, you know, shoot down drones and things like that. Those days, I think, are over. And I hope Iran understands that."