Trump needs to immediately divest from his businesses and comply with the emoluments clause. Iran could threaten Trump hotels *worldwide* and he could provoke war over the loss of revenue from skittish guests.

His business interests should not be driving military decisions.

Just four miles from President Trump's Mar-a-Lago resort, police in Palm Beach, Florida, arrested an Iranian national armed with a pair of knives, a machete and a pickax.

It was the third time in a week that a person has caught the attention of authorities protecting Trump or the island, the Palm Beach Post reported.

Four days before the arrest, Rep. Ilhan Omar, D-Minn., called on Trump to divest from his global business holdings because he could draw the U.S. into a war if Iran sought to harm his properties.

"Trump needs to immediately divest from his businesses and comply with the emoluments clause. Iran could threaten Trump hotels *worldwide* and he could provoke war over the loss of revenue from skittish guests," she wrote.

"His business interests should not be driving military decisions."

Responding to a call at about 9:30 a.m. on Friday about a suspicious person in a park, police arrested a man named Masoud Yareilzoleh.

Police spokesman Michael Ogrodnick told the Washington Examiner the Iranian was arrested on a concealed weapons violation. Along with the weapons, Yareilzoleh had $22,000 and a passport showing he is an Iranian national in the U.S. legally.

Federal authorities are investigating along with Palm Beach police.

The president was at the White House on Friday. 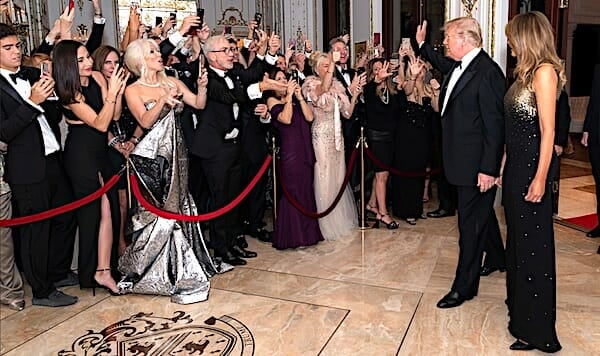 The Examiner noted local police were called to Mar-a-Lago on Dec. 6 to assist Secret Service with an unspecified incident. Shortly before the Trump family returned to Washington on Dec. 5, a Florida man was arrested after breaching Trump's airport security by allegedly impersonating a federal law-enforcement officer.

Goodell: NFL was 'wrong' on player protests against 'systematic oppression of black people'