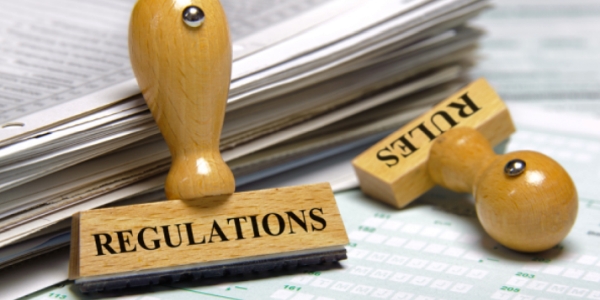 A federal judge has rejected a challenge to one of President Trump's earliest executive orders, which required two federal regulations to be killed for every new one established.

A lawsuit by the Public Citizen and the Natural Resources Defense Council and Communications Workers of American AFL-CIO contends the president exceeded his authority and violated "his duty under the Take Care Clause of the Constitution."

Nonsense, said the ruling from Judge Randolph Moss of the U.S. District Court in Washington.

He pointed out that the question of whether or not the organizations even had standing to sue was before him "for a third time."

"The first time that question was presented, the court granted defendants' motion to dismiss, holding that plaintiffs had failed to carry their threshold burden of alleging or proffering facts sufficient to establish Article III standing," he wrote of the legal requirement that a plaintiff must have a solid connection to the dispute to sue.

"With leave of the court, plaintiffs then filed an amended complaint and moved for partial summary judgment on the sole issue of their standing," the judge said, "and defendants moved, once again, to dismiss for lack of standing. That time, the court held that plaintiffs had met their burden of plausibly alleging that they have standing and therefore denied defendants' motion to dismiss."

But the judge said he eventually concluded "that plaintiffs had failed to adduce undisputed evidence sufficient to establish their standing. In particular, the court concluded that the plaintiffs had fallen short in their effort to establish that the executive order, rather than separate policy considerations or other factors, caused any delay in issuing a final rule or withdrawal of a rule."

According to report by Government Executive, which covers the business of the federal government and its departments and agencies, the case took almost three years.

"The order is a cornerstone of the administration’s deregulatory agenda," the report said.

The organizations had complained of a "delay" in the adoption of a rule for a safety standard for vehicle-to-vehicle communications and a second to set energy-efficiency standards for water heaters.

The judge found the executive order might have "delayed or derailed at least some regulatory actions that, if adopted, would materially benefit plaintiffs or some of their members."

But he said there were "several reasons" making "it is hard to say with the requisite degree of confidence which actions those are, what would have occurred in the absence of the executive order, how any identifiable individual (or entity) is harmed, and whether any such harm—or risk of harm—is sufficient to establish standing."

Public Citizen told Government Executive it hasn't decided yet whether or not to appeal.