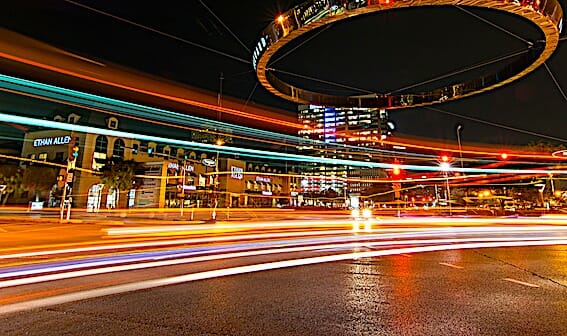 A street musician is suing Houston, Texas, asserting he has a constitutional right to perform for tips.

"This First Amendment lawsuit challenges a city ordinance that unconstitutionally restricts musicians from busking (performing music in public for tips) on the streets of Houston," the complaint in U.S. District Court in Houston states.

The plaintiff, Anthony Barilla, is a professional musician who wants to busk as an accordionist in Houston.

But a city code prohibits playing music "with the view of taking up [money]" everywhere but a small part of the city known as the theater district, the complaint states. And only after obtaining a permit that contains a "heckler's veto."

Barilla is defended by the Pacific Legal Foundation, which said the musician is fighting the city's "restriction on his ability to earn a living through freedom of expression."

"Tony Barilla's accordion represents the culmination of his skill, art, and entrepreneurship. In addition to playing in a three-accordion cover band, he writes, composes, and produces music for theater, short films, dance, and radio. He’s currently writing and recording music for the nationally syndicated NPR podcast, This American Life," PLF said.

"Although Tony is already an accomplished accordionist, he seeks opportunities to busk on the streets of his home, Houston, Texas. Busking is an important feature of urban life, and for Tony it is a way of earning a living while refining his musical artistry and performance ability."

Accepting tips while performing is outlawed throughout most of Houston's 665 square miles. The theater district, where it is permitted under certain circumstances, is only eight blocks long.

"Under the First Amendment … the government cannot restrict Tony's freedom of expression by eliminating his financial incentive to perform. Nor can the government restrict speech based on content – that is, people can't use the government to shut down speech on public property that they simply don't like," PLF said.

City law calls musicians who play for tips a "nuisance."

It accuses the city of setting up "content-based restrictions" on speech, contending it is not constitutionally allowed to "restrict speech merely because it does not like it."

"Tony has been suffering and will continue to suffer substantial and irreparable harm unless Houston's busking restrictions including its permit requirement are declared unlawful and enjoined by this court," the complaint charges.