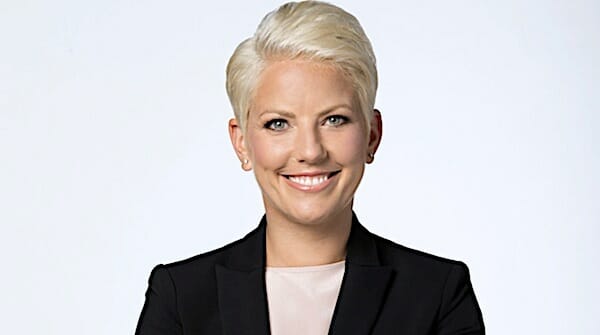 While the world was stunned Sunday by the death of NBA legend Kobe Bryant and eight others in a California helicopter crash, an MSNBC reporter covering the tragedy shocked viewers by stumbling over the name of the Los Angeles Lakers, making it appear to sound like the N-word to some, then forcefully denying she made any racial slur.

Alison Morris is the reporter who misstated the name of Bryant's team, as she noted Bryant "was just the kind of athlete, the kind of star that was perfectly cast on the Los Angeles [possible N-word], Los Angles Lakers," correcting herself instantly.

"So this @MSNBC reporter just referred to the Lakers as the Los Angeles Niggers on live tv when talking about Kobe," one poster on Twitter said.

So this @MSNBC reporter just referred to the Lakers as the Los Angeles Niggers on live tv when talking about Kobe. pic.twitter.com/htfPRwlgV6

A woman watching Morris make the statement can be heard shouting, "What the f***?!" upon hearing the flub.

"It's almost too hard to believe, but it happened," reported Grabien News.

Another astonished viewer tweeted: "@MSNBC
REPORTER ALLISON MORRIS SAID KOBE PLAYED FOR THE 'LOS ANGELES NIGGERS????' PLEASE SPREAD SO SHE CAN GET FIRED"

Morris, who is white, is vociferously denying she used the N-word, tweeting late Sunday afternoon: "Earlier today, while reporting on the tragic news of Kobe Bryant's passing, I unfortunately stuttered on air, combining the names of the Knicks and the Lakers to say 'Nakers.' Please know I did not & would NEVER use a racist term. I apologize for the confusion this caused."

Earlier today, while reporting on the tragic news of Kobe Bryant’s passing, I unfortunately stuttered on air, combining the names of the Knicks and the Lakers to say “Nakers.” Please know I did not & would NEVER use a racist term. I apologize for the confusion this caused.

But she was mostly pummeled by respondents to her denial, with comments including:

"That's not what you said, love. We all heard you say it live."

"No one believes you."

"Yeah I listened to the clip SEVERAL times and you said the N word with a HARD G. So no we don't believe you."

"Alison, that wasn't a mistake. I heard a hard R MULTIPLE times from multiple sound sources. Please don't take the 'I stuttered on-air' route and just resign and make an ACTUAL apology instead of BLATANTLY lying to us. We have ears, We heard what you said."

"Right, and then tried to do an Olympic style flip with it. She gotta be fired ASAP."

"MSNBC would go ballistic and demand deplatforming if someone not part of the corporate legacy media had made that 'mistake.' Your company has attempted to get people doxed, harassed, or fired for making the 'OK' sign before."

"Cut the lady some slack. Maybe she was as shocked & stunned as the rest of us at this horrible news. Stop. Think. Would anyone on a major network use such an expletive at such a sad time?! She made a mistake. Anyone out there never been tongue-tied? Be kind."

Ma’am you did not say Nakers pic.twitter.com/Se47a1179d

Nah you said the whole thing, own up to it. pic.twitter.com/8AyGvmeFvZ 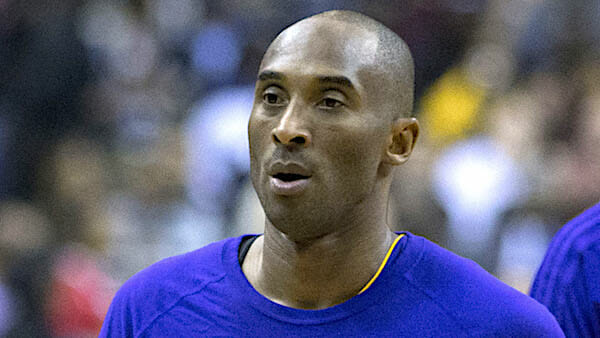 The national uproar over the MSNBC flub has Bronson Stocking of Townhall.com quipping: "If this happened on Fox News, MSDNC would spend the rest of the election reporting on it. It would probably be introduced as a third article of impeachment against the president."

Bryant, 41, who transcended basketball, played for the Lakers from 1996-2016, helping them win five championships while being named NBA Finals Most Valuable Player twice. He was an 18-time All-Star and was named All-Star MVP four times, tying him with Bob Pettit for the most All-Star MVP awards in NBA history. Bryant was a successful Olympic athlete, winning a gold medal in the 2008 and 2012 Summer Olympic Games.