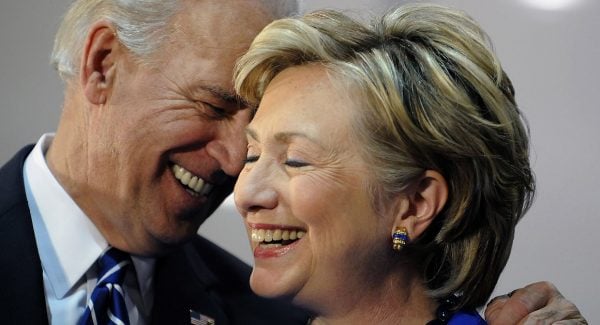 Establishment media largely have ignored the video of leading Democratic candidate Joe Biden boasting that as vice president he threatened the withholding of U.S. to pressure Ukraine's president to fire the prosecutor who was investigating the company paying Biden's son, Hunter, $83,000 a month.

I’m just leaving this for the world to see:

in order to get a prosecutor fired, who was investigating Burisma,

the Ukrainian energy company his son Hunter Biden was on the board of. pic.twitter.com/ImsW1uYVqz

Now, a pro-Trump organization has a billboard in New York City's Times Square that plays the video over and over.

The Washington Times reported the Committee to Defend the President said it is spending $40,000 to keep the billboard video running until March 1.

Viewers are asked to go to SubpoenaBiden.com to support a petition urging senators to demand testimony from Biden in an investigation of corruption in Ukraine.

The Democrats' impeachment charges center on the claim that Trump pressured Ukraine's president to investigate the Bidens by threatening to withhold U.S. aide. The White House argues a transcript of the phone call that prompted the charges shows there was no quid pro quo, the aid was released before the deadline and there was no probe of the Bidens.

The PAC's chairman, Ted Harvey, explained to the Times: "The Biden family name is synonymous with corruption, especially in Ukraine. Our goal is to educate Americans about the shady deals and ruthless power moves that 'Quid Pro Joe' executed on behalf of his son, Hunter, and at the expense of the Ukrainian government. The American people deserve to know the truth, and we are committed to sharing it with them." 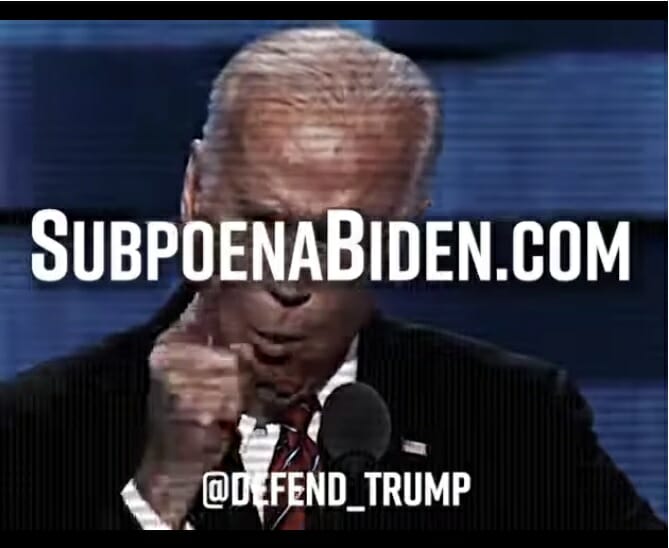 PJ Media's Tyler O'Neil noted Hunter Biden "joined the board of the notoriously corrupt Ukraine gas company Burisma despite his lack of experience in Ukraine or in the energy business while his father was the Obama administration's point man on Ukraine."

"At the time, the company's founder, Mykola Zlochevsky, was already under investigation for fraud. This investigation was dropped after Ukraine's prosecutor general, Viktor Shokin, resigned — after Biden pressured President Petro Poroshenko to fire him."

The video at Times Square features Biden speaking to the Council on Foreign Relations.