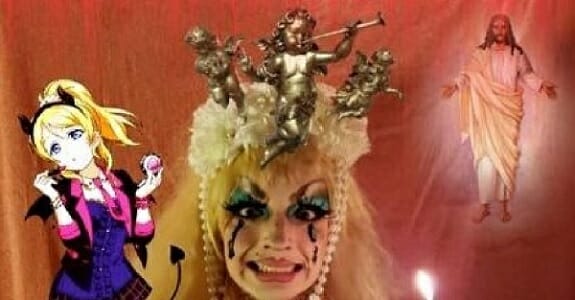 A prosecutor in Washington state is challenging a judge's decision to dismiss charges against a minister who was arrested by police when he went to a library to pray for the parents and children attending a "Drag Queen Story Hour" event.

WND reported a court in Spokane, Washington, dismissed charges against the pastor, Afshin Yaghtin, who was arrested June 15 for "questioning the police's favorable treatment of supporters and unfavorable treatment of anyone they perceived to be non-supportive and for refusing to move to the 'protester' zone after being denied entry into the library," according to the Pacific Justice Institute, which defended him in court.

Pacific Justice said it was notified Dec. 23 that the prosecutor wanted the court to reconsider its decision. The judge refused, and the prosecutor appealed to the Superior Court of Spokane.

"The prosecution claims that Yaghtin was using 'offensive language that could incite violence' and was trying to 'advance his public protest and profile.' For added context, the prosecutor recently took down his social media post which mentioned 'religious loonies' associated with this case."

Jorge Ramos, the Seattle attorney for PJI representing Yaghtin, explained: "The judge emphasized that law enforcement told Pastor Afshin to move based on his expressed beliefs, they do not argue against this. We are grateful that the judge reaffirmed her decision and disregarded the prosecution’s escalated rhetoric. Unfortunately, our focus now must shift to the court of appeals."

PJI President Brad Dacus said: "We at PJI are engaged in serious battles in cities across the country who are criminally prosecuting individuals because of their Christian faith. We are very thankful for our supporters who allow us to represent those whose constitutionally protected rights are at risk, free of charge."

PJI argued that the command by law enforcement violated his First Amendment rights.