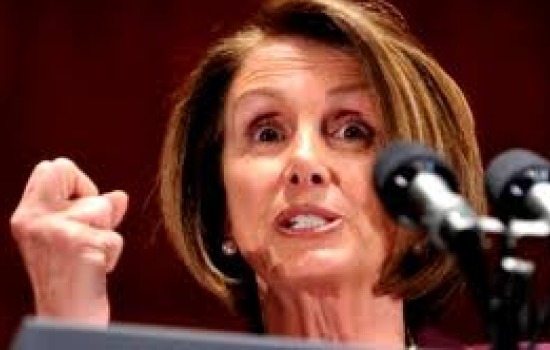 A prominent legal team that specializes in constitutional issues has submitted a friend-of-the-court brief to the District of Columbia Circuit Court of Appeals that pulls the rug from under a lawsuit brought by House Speaker Nancy Pelosi against President Trump's efforts to secure the nation's southern border.

The American Center for Law and Justice, or ACLJ, argues Congress appropriated funds "to secure portions of the southern border and authorized the transfer of additional funds for that purpose."

The lawsuit, ACLJ says, aims "to give some unhappy members of one chamber of Congress and certain of their constituents the result that the actual representative body of Congress is politically unwilling or unable to achieve within the constitutional structure would violate separation of powers principles and improperly invade the provinces of the political branches."

Pelosi and her caucus have insisted that no money should go to building a border wall.

So Trump has negotiated wall spending in certain bills and has repurposed other federal money under various emergencies powers.

ACLJ argued in district court that Pelosi lacked standing to sue, the court agreed, and the House speaker is appealing the decision.

ACLJ's brief says the president is doing his best to address the crisis at the border, but Pelosi, some Democratic-led states and activist groups "are doing everything they can to stop him from securing our southern border."

Rulings already issued by the Supreme Court and others have allowed the president to begin construction on security barriers.

"As a result, the crisis is lessening. But this is why we're taking action, to ensure that these border security efforts are allowed to be put fully in place. We cannot allow Speaker Pelosi and the left to undermine our national security," ACLJ said.

"Now it's time for Congress to actually do its job."

ACLJ also pointed out it isn't proper for the House, "because it does not like the president's policy," to require that a court intervene to "change the rules in a political dispute between two branches of government."

"In other words, Congress passed the laws and appropriated the funds. The president is using those funds according to the constraints imposed by Congress. Because of constitutional separation of powers principles, a court should not take sides in a case like this," the brief explains.