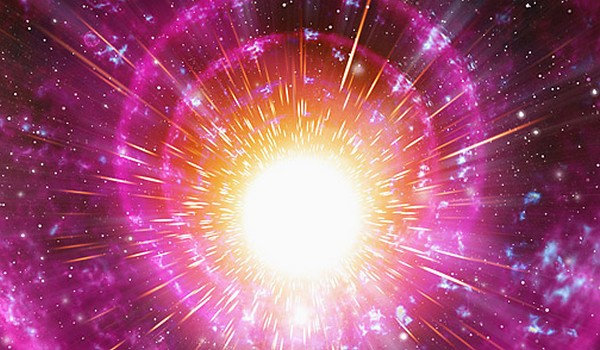 The Big Bang theory has been a staple in the scientific community for a long time.

It holds that about 13.8 billion years ago, the universe swelled from a size smaller than an electron to nearly its current size within a fraction of a second.

But one scientist contends there's serious evidence that undermines this view.

Courthouse News reports the doubts are being raised by Eric J. Lerner of the nuclear-fusion research company LPPFusion.

CN noted many scientists "believe that precise amounts of helium, deuterium and lithium were produced by fusion reactions in the dense, extremely hot cloud of chemical elements that emerged after the Big Bang."

But Lerner found that older stars don't have the right percentages of those elements.

"He found that old stars had less than half the helium and less than one tenth the lithium than is predicted by the Big Bang nucleosynthesis theory, which posits that a quarter of the universe's mass is comprised of helium," the report said.

Lerner, who has expounded on his beliefs in his book "The Big Bang Never Happened," said no helium or lithium was created before the development of the first stars in our galaxy.

The conflicting evidence, he said, has been ignored.

"The Big Bang should have resulted in the annihilation of matter and antimatter, leaving a surviving density of matter that would be a hundred billion times less than that observed," Lerner said in the statement CN obtained.

"To avoid that outcome, Big Bang theory requires an asymmetry of matter and antimatter with consequences, such as the decay of the proton, which have been contradicted by extensive experiments."

He raised other concerns. If the galaxy is expanding, as the Big Bang theory claims, the brightness of distant galaxies should diminish.

Lerner's concerns were revealed this week at a meeting of the American Astronomical Society.

He called for abandonment of the "hypothesis of the Big Bang."

WND Staff
WND news editors compile reports for our readers.
Meet the group injured most by ban on counseling against gayness
Nostalgic for the old Sunday newspaper?
On battlefield, soldiers volunteer their own 'warm, fresh blood' to save fellow soldiers
Israel accused of deliberately flooding Gaza by opening dams
University relents – debate on transgenderism will now include BOTH sides
See more...