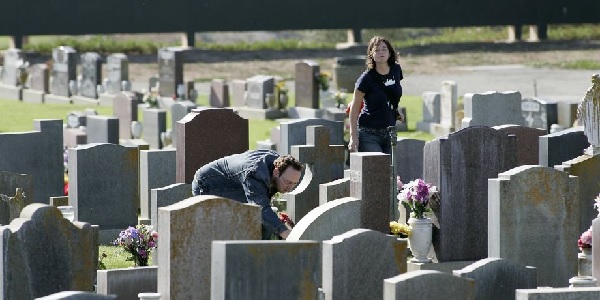 Some of the top causes of death around the world in 2019 included cancer, heart disease, stroke, Alzheimer's, road injuries and tuberculosis.

But THE top cause of death?

Abortion, according to the tracking service Worldometers.

The U.K.'s Christian Institute, citing a report from the pro-life group Right to Life, noted more than 42 million abortions took place around the world last year, which was the the single largest cause of death in 2019.

"Numbers compiled by independent statisticians reveal that over the past 12 months, 58.6 million people died from all other causes, leaving abortions responsible for around 42% of all deaths," the institute said.

Right to Life found the number of deaths attributed to all other causes, excluding abortion, was about 58.6 million.

If abortion rates were included in the figures, the organization said, "it would make terminations, by our calculation, account for 42% of all deaths worldwide in 2019."

"The number of deaths caused by abortion far outweighs every other cause, with death due to disease accounting for 12.9% of the total (13 million) and cancer 8.1% (8.2 million)," the Right to Life report said. "Additionally, Worldometers found that just under a quarter of all pregnancies (22 percent) were ended by abortion in 2019 and for every 33 live births, ten unborn babies were aborted."

The statistics are drawn from government reports, figures generated by "reputable organizations" and more.

Data from Worldometers "has been published in over 2,000 scientific journals, has been used by the BBC and the U.N., and has been verified by independent fact-checking website Snopes which, rather than dispute the figures last year, argued that abortion should not be considered a 'cause of death,'" Right to Life said.

Catherine Robinson, a spokeswoman for Right To Life UK, said, "It is heart-breaking that a mother’s womb, which should be one of the safest places for any person, is one of the most dangerous places to be.

"In 2020, and beyond, we will be calling on the government to urgently bring forward increased support for women with unplanned pregnancies to reduce the tragic number of abortions that happen each year."

The Christian Institute said: "In the U.S., abortion giant Planned Parenthood revealed in its latest annual report that it performed over 345,000 abortions between October 2017 and September 2018. This does not include the almost 600,000 'emergency contraception kits'. Such drugs are often abortifacients, meaning they can cause an abortion if a woman is already pregnant."

Planned Parenthood received more than $616 million in tax money over that period, the report said.