Prior to October 2018 – when she was arrested with a government-issued flash drive chock-full of sensitive documents – Natalie Edwards, 41, was a senior adviser at Treasury's Financial Crimes Enforcement Network. According to prosecutors, beginning in October 2017, Edwards sent a series of communications to a BuzzFeed News reporter containing numerous confidential reports on the financial activity of Paul Manafort and other figures in former Special Counsel Robert Mueller's investigation into alleged collusion between the Trump campaign and Russian interests.

Federal prosecutors revealed that the flash drive with which Edwards was arrested also contained "highly sensitive material relating to Russia, Iran, and the terrorist group known as the Islamic State of Iraq and the Levant."

Let's put aside for a moment our knowledge of the fact that the Russia collusion investigation was a politically-driven sham and acknowledge that legitimate whistleblowers do have a duty and every right to reveal sensitive information in the cause of justice.

In 1972, Federal Bureau of Investigation Associate Director Mark Felt provided information to Washington Post reporters Bob Woodward and Carl Bernstein: key details about the involvement of President Richard Nixon's cabinet in the Watergate scandal. The ensuing investigation ultimately led to Nixon's resignation, and Felt – who had been given the designation "Deep Throat" by the reporters – remained anonymous for decades afterward.

We may never know what was in Mark Felt's mind or heart when he decided to act as a confidential informant for Woodward and Bernstein rather than taking his concerns to the Justice Department or the House Judiciary Committee (which is charged with investigating presidential wrongdoing). In that climate, he may indeed have been concerned that any evidence of wrongdoing on the president's part would be quashed by those loyal to Nixon, or that making waves internally would have put his own career at risk.

In any case – even if Felt's agenda was political – it would have been evident to someone in his position that Nixon and his surrogates had most certainly engaged in activity that was of a criminal nature. Had he been asked, Felt could have easily recited the relevant legal statutes supporting his actions.

What Mark Felt did not do was to share a "data dump" with a journalist, including reams of sensitive and confidential information, much of it involving private citizens who may or may not have been involved in actions that could not definitively be construed as criminal.

I have previously shared the story of an acquaintance who was one of two prosecutors in a capital murder case in the city in which I live. These two prosecutors were absolutely certain that the 25 year-old defendant had committed the sexual mutilation and murder of a young woman, and they got their conviction in 1997.

In 2008, a judge overturned the conviction after DNA evidence pointed to another suspect. The defendant became the first person freed from prison in the state due to DNA evidence; later, he received a $4.1 million settlement from the county in a federal lawsuit.

It was also revealed that during the original trial, the prosecutors withheld exculpatory evidence – evidence which would have thrown the defendant's culpability into question.

So, what happened to the prosecutors' certainty?

While I have the utmost respect for law enforcement and our criminal justice system, the above evidences why I will never, for example, support the death penalty.

Prosecutors are human beings and, as such, are subject to making mistakes like the rest of us. Factor in the pressure to close cases, concern over their conviction rates and future career aspirations, and it is very easy for individuals in such positions to determine that the ends justify the means, especially when they are "sure" that a given defendant is guilty.

This is leaving aside the unfortunate – if small – percentage of prosecutors in America who don't care about guilt or innocence as long as they do get a conviction.

So ... was Natalie Edwards a government employee who thought she was acting as a legitimate whistleblower, but who drifted unknowingly into the realm of criminal activity in her zeal to do the right thing, or was she a Deep State operative acting in accordance with hidden directives and a twisted ideology?

Considering her position at Treasury, I'm going to vote for the latter. As a senior adviser at Treasury's Financial Crimes Enforcement Network, like Mark Felt, Ms. Edwards knew what constituted criminal activity and what did not constitute criminal activity. So, she knew exactly what she was doing. Given the political climate in Washington at present, I'd wager that Edwards was every bit as committed to the notion that Donald Trump is an incomprehensibly evil scumbag who must be removed from office as Nancy Pelosi or Adam Schiff.

What really disturbs me here is that with a conspiracy charge that carried the potential for imprisonment of up to five years, Edwards has already signed a plea deal with prosecutors that recommended a prison sentence of zero to six months.

It isn't so much that the punishment doesn't fit the crime – lives, fortunes and careers were destroyed during the course of the Russia collusion investigation – it's that a light sentence for Natalie Edwards represents a business-as-usual, zero-accountability modality in dealing with entrenched government operatives who cavalierly conduct their agenda-driven business with complete impunity, up to and including criminal conduct.

Bear in mind that the Natalie Edwardses in our federal government enjoyed carte blanche during the Obama administration (the weaponization of federal agencies and the illegal surveillance of private citizens spring to mind), and positions such as theirs proliferated dramatically within government. This means that there are still tons of them running around.

If the Trump Justice Department isn't going to prosecute those who represent the most insidious threats to our liberties, what does that say about Trump's commitment to "draining the Swamp" or dismantling the Deep State?

Erik Rush
Erik Rush is a columnist and author of sociopolitical fare. His latest book is "Negrophilia: From Slave Block to Pedestal - America's Racial Obsession." In 2007, he was the first to give national attention to the story of Sen. Barack Obama's ties to militant Chicago preacher Rev. Jeremiah Wright, initiating a media feeding frenzy. Erik has appeared on Fox News' "Hannity and Colmes," CNN, and is a veteran of numerous radio appearances.
@erikrush
So now celebrating Independence Day is white supremacy?
Police reform: High time or dangerous distraction?
Where are the conservatives in Washington?
'The summer of stupidity' and the Swamp's rebellion
Leftists would rather see America burn than lose
See more... 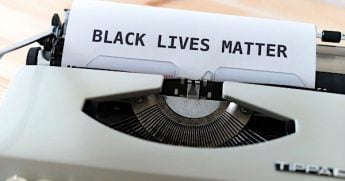 Eating their own: Cancel culture turns on 'Hamilton' 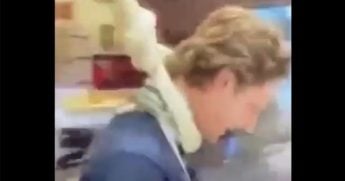 D'oh! Restaurant workers make noose out of dough, and then ...