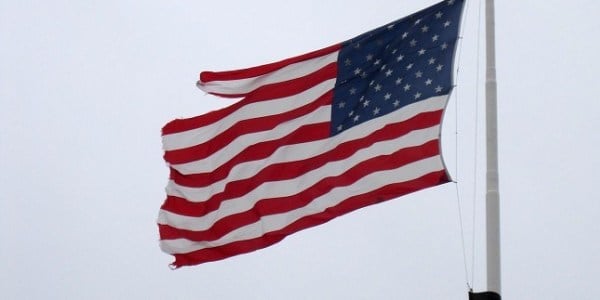 President Trump said Thursday that Iranian Gen. Qassem Soleimani, the rogue regime's chief terror instigator, was targeted in a drone strike last week at least partly because he was planning to "blow up" the U.S. Embassy in Iraq.

"We caught a total monster, and we took him out, and that should have happened a long time ago. We did it because they were looking to blow up our embassy," the president said, the Washington Examiner reported.

"We also did it for other reasons that were very obvious. Somebody died, one of our military people died. People were badly wounded just the week before. And we did it. And we had a shot at him, and I took it, and that shot was pinpoint accurate, and that was the end of a monster."

Trump's comments came at a news conference in which he announced plans for changes in regulations under the National Environmental Policy Act.

The Pentagon previously stated Soleimani was "actively developing plans to attack American diplomats and service members in Iraq and throughout the region."

The statement didn't specify the plans.

The Pentagon said the strike was due "in part" to the Iranian leader's role in "attacks on coalition bases in Iraq over the last several months."

That includes the Dec. 27 attack that left American and Iraqi personnel wounded.

Soleimani, responsible for spreading Iranian Shiite influence across the Middle East, was the head of Tehran's proxy terrorist forces.

He was killed by a drone missile strike near Baghdad International Airport.