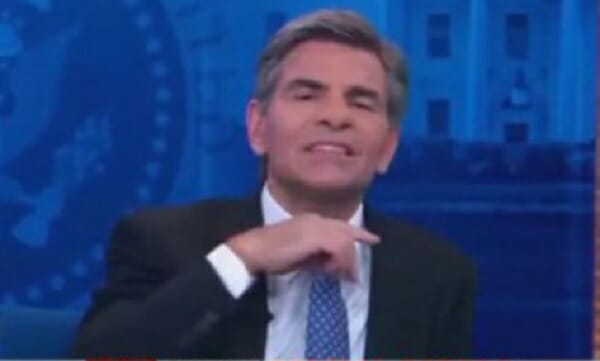 Anyone suspecting that establishment media is carrying water for the Democrats in coverage of the Senate trial of President Trump can point to what could become an iconic moment.

Former Bill Clinton senior adviser George Stephanopoulos of ABC News was caught on camera making a "slit-the-throat" sign to order his production team to cut off live coverage of lawyer Jay Sekulow speaking to reporters in defense of President Trump.

Video of the moment was featured by the Media Research Center, which noted it took place during Thursday's live coverage.

The report explained Sekulow was rebutting the case presented by House impeachment managers. The lawyer said the president's defense team would present "multiple schools of thought" about what constitutes an impeachment offense while arguing the president's actions do not meet any of the definitions.

"Our job here is to defend the president, the office of the presidency and the Constitution," Sekulow said.

Abruptly, the ABC moved back to Stephanopoulos, who could be seen making a motion with his hand across his neck.

The Pluralist.com report said the veteran news anchor was "visibly embarrassed after realizing the cameras caught him performing the gesture."