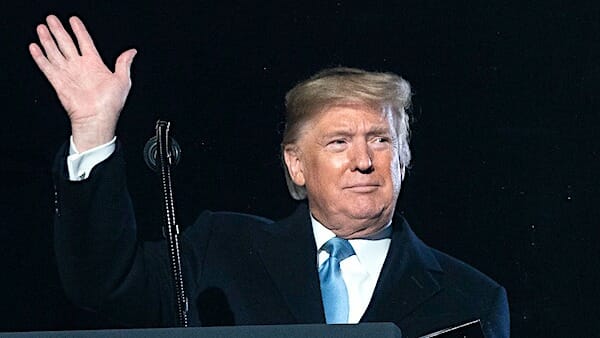 Last month, Democratic lawmakers in 31 districts won by Donald Trump in 2016 were faced with the prospect of losing their seat if they voted to impeach the president.

Now, a survey released Monday has given the first indication that the Democrats' worst fears may come true.

A majority of likely voters surveyed in three of the congressional swing districts said their view of their representative grew more unfavorable after the impeachment vote,
Breitbart News reported.

All three seats were flipped in the 2018 elections from Republican to Democrat.

Republicans hope this fall to retake some 20 congressional seats to regain the House majority.

The three Democrats voted for both articles of impeachment against President Trump, charging that the president abused the office of the presidency and obstructed Congress.

The AAN survey found 53% of Brindisi's constituents had a less favorable view of him after they learned he voted for impeachment. Just 34% hadve a more favorable opinion after his vote.

In Cunningham's district, 47% had a more negative impression, compared to 38 percent who had a more favorable view.

In Small's New Mexico district, 52% had a less favorable view of the Congress member while only 36% viewed her in a more positive light.

A majority of the likely voters surveyed across the three districts also agreed that Democrats should let the voters decide who should be the president rather than the impeachment process.

The voters want the Democrats to focus on passing legislation and called impeachment a "political charade," the survey found.