Sushil Tyagi, who is married to Warren's daughter, Amelia, "has been involved in a series of curious – even troubling – business ventures around the world" since joining the Warren family, Schweizer writes, reports Breitbart News.

Tyagi, who runs Tricolor Films, produced a film in 2008 called "The Song of Sparrows," directed by Iranian filmmaker Majid Majidi.

Schweizer notes in his book that the full credits of the film have been scrubbed from the internet. He obtained a copy by using the Wayback machine and discovered the chief investors were the social deputy of the State Welfare Organization of Iran as well as the Cultural and Artistic Organization of Tehran.

Both are funded and controlled by the mullah-led regime.

The Cultural and Artistic Organization of Tehran's web page such as the anti-Semitic Quds Day on the last day of Ramadan. It states that for Quds Day – Quds is the name for Jerusalem used to convey Islamic ownership – a "new plan for the destruction of Israel will be launched." 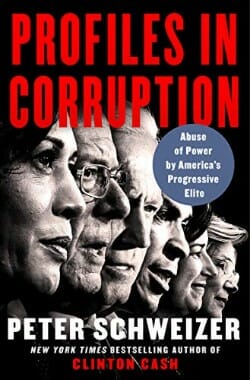 The credits for Tyagi's "The Song of Sparrows" read like a "who's who of prominent Iranian government institutions."

They include a thank-you to the Iranian Revolutionary Guards Air Force.

The film was released during a time of heightened U.S.-Iran tensions, Schweizer notes, when Washington had accused Iran of assisting in the killing of five American soldiers based in Iraq.

Then-Iranian President Mahmoud Ahmadinejad had repeatedly declared the U.S. a "satanic power," warning Israel would disappear from the face of the earth.