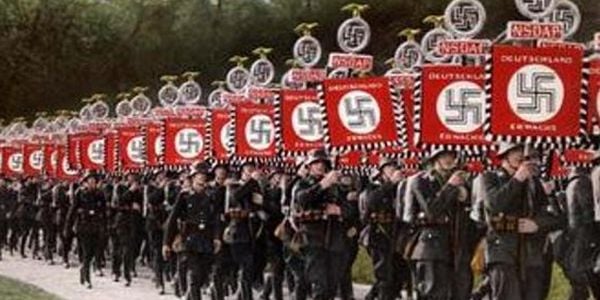 Pro-abortion students at Bowling Green State University who were confronted with the moral reasoning required to maintain their stance were unable to condemn Nazism in an exchange with pro-life activists.

The conversations were captured by an activist wearing a Go-Pro camera at a display on the Ohio campus by the non-profit Created Equal.

The organization, which seeks to reveal the truth about abortion on campuses and elsewhere, encourages passersby to express their opinion about abortion.

"The result is shocking. Open-minded students change their mind after seeing images of aborted babies while liberal students struggle to defend their pro-abortion views," the group said.

The video shows Seth Drayer, the vice president of the group, asking passersby their view of abortion after seeing the group's graphic display of aborted children.

Some students who congregated to listen to him explain the science of abortion couldn't agree that it's always wrong to beat a toddler.

"Those are our morals," says one student.

He then asks whether genocide is immoral for everyone or up to each individual to decide.

"Will you condemn Nazism?" he asks.

The students then deflect and even shift blame to Created Equal.

"If they refuse to condemn intentionally killing innocent human beings, is there anything they will not accept with open arms?"