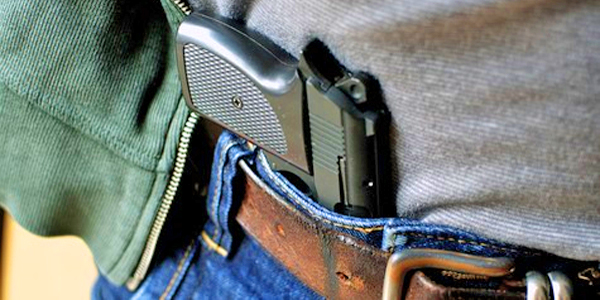 An Illinois law is discriminating illegally against the residents of 45 other states, contends a brief filed with the U.S. Supreme Court by 18 state attorneys general.

The AGs are backing the Second Amendment Foundation's lawsuit against Illinois' refusal to allow residents of states deemed to be weak on gun control to obtain conceal-carry permits.

The case, Culp v. Raoul, addressed the question of whether or not the Second Amendment right to keep and bear arms "requires that the state of Illinois allow qualified non-residents to apply for an Illinois concealed carry license."

The case was brought by SAF, the Illinois State Rifle Association, Illinois Carry and several private citizens. They are represented by attorney David G. Sigale of Wheaton, Illinois.

The brief argues Illinois law allows for people from "any state or territory of the United States with laws related to firearm ownership, possession, and carrying, that are substantially similar to the requirements to obtain a license" in Illinois.

Alan Gottlieb, the chairman of SAF, said: "We're grateful to the 18 attorneys general for joining the amicus, on behalf of the residents of their respective states. The right to bear arms does not end at the Illinois state line, and untold numbers of citizens from other states have occasion to travel to or through Illinois and they should not be expected to leave their right of self- defense at the border."