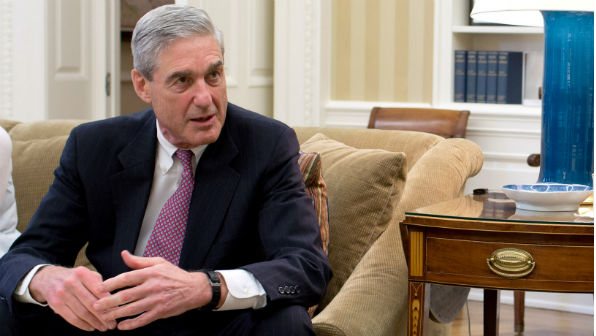 The key Mueller prosecutor in the Papadopoulos case was Aaron Zelinsky, who recently resigned from the Roger Stone case over a dispute with Attorney General William Barr over the length of prison time Stone deserved.

Zelinsky signed a sentencing memo in August 2018 seeking prison time for Papadopoulos. The prosecutors alleged Papadopoulos hindered their ability to question or arrest the European professor Joseph Mifsud while he was in the United States in February 2017.

However, Solomon reports, FBI 302 reports detailing agent interviews with Papadopoulos show he supplied information in a Feb. 10, 2017, interview that possibly would have enabled investigators to detain or arrest Mifsud.

Prosecutors claimed Papadopoulos lied about when he started advising Trump's campaign and when he learned from Mifsud that Russia may have "dirt" on Hillary Clinton in the form of emails.

Mifsud did not leave Washington until the day after his Feb. 10, 2017, interview. Solomon said Papadopoulos' information should have enabled investigators to confront Mifsud with conflicting testimony "on a point of critical importance to the stated purpose of the Russia collusion investigation before the professor’s departure."

But the information was not mentioned in the Mueller team's original statement of offense, filed Oct. 5, 2017, nor its later sentencing recommendation.

Solomon pointed out that in contrast, the documents portray Papadopoulos as trying to thwart the investigation.

The sentencing memo signed by Zelinksy said Papadopoulos' "false statements were intended to harm the investigation, and did so."

His "lies negatively affected the FBI's Russia investigation and prevented the FBI from effectively identifying and confronting witnesses in a timely fashion," the prosecutors said.

But the FBI interview memos show Papadopoulos expressed willingness to help the bureau locate Mifsud even before Feb. 10, 2017.

In a Feb. 1, 2017 interview, Papadopoulos told agents he "could potentially meet with Mifsud" during a planned trip to London. And he said Mifsud "had recently reached out to him" and "indicated that he may be traveling to Washington, DC in February 2017."

And the former Trump adviser "provided that Mifsud recently reached out to him via email, and advised that he was in Washington, DC at the time of this interview."

All of that information was missing from key court documents.

Solomon said the Justice Department did not respond to queries asking why the information Papadopoulos gave the FBI, his offer of assistance and his testimony contradicting Mifsud were omitted.