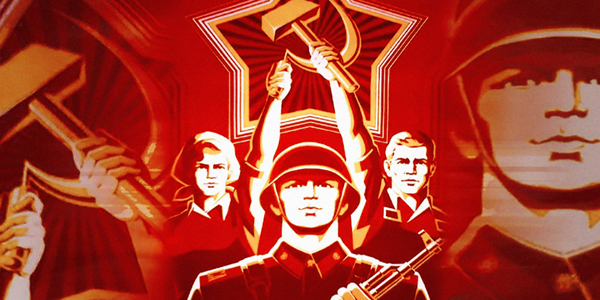 Majority House Democrats will be faced with three choices, reports LifeZette, "Kill it in the cradle, vote against it thus apologizing for communism, or vote for it and trash their front-runner."

Democratic Rep. Tom Malinowski of New Jersey already has weighed in on the side of freedom.

"Stalin doubled literacy in the Soviet Union, even as he murdered tens of millions of people," the congressman tweeted. "Apologists for dictatorship — Cuba, Russia, Saudi Arabia — always say 'they do some bad things, and some good things.'

"It's a way of making them seem just like us. It's utterly wrong," Malinowski said.

LifeZette noted that polls find that solid majorities across the political spectrum in the United States won't vote for a socialist for president.

Nevertheless, House Speaker Nancy Pelosi, D-Calif., told a reporter Wednesday she would accept Sanders as the 2020 Democratic nominee despite saying last year her party did not support socialism.

At a CNN town hall in South Carolina on Monday night, Sanders doubled down on his praise for the late Cuban communist dictator Fidel Castro's "literacy program."

"There was a lot of folks in Cuba at that point who were illiterate. And he formed a literacy brigade — you may read that — he went out and they helped people learn to read and write. You know what? I think teaching people to read and write is a good thing," he said.

Four former Cuban political prisoners pointed out in a letter to Democratic National Chairman Tom Perez this week that Cuba had high literacy rates and was the region's wealthiest country before the 1959 Cuban Revolution. What Castro imposed, they said, was a "political indoctrination program" that remains at the core of the educational system.

Along with the economic collapse under Castro, they noted, the people suffered the mass murder of thousands of dissidents, imprisonment in gulags and the loss of freedom of expression.

Sanders on Monday night said he has been "extremely consistent and critical of all authoritarian regimes all over the world, including Cuba, including Nicaragua, including Saudi Arabia, including China, including Russia."

"I happen to believe in democracy, not authoritarianism."

Nevertheless, he had praise for another "authoritarian" country, China, which he said has "taken more people out of extreme poverty than any country in history."

Sanders failed to mention, however, that it was only after opening the impoverished communist nation to free enterprise that more than 500 million Chinese people were lifted out of poverty.

"He had to know it was coming. There's no reason to do a big retrospective, nostalgia, scream fest about authoritarian regimes from the 70s," Jones said. "It was an opportunity for Bernie to clarify to the people when he says democratic socialism that’s the point. It’s not that stuff from Cuba. It’s not that stuff from the Soviet Union. It’s the stuff in Northern Europe that's working for normal people."

Jones added it's "unbelievable he failed to do that."

"It is what a big chunk of our party needed to hear from him. He didn’t do it tonight," he said.