Miriam-Webster's definition of tiers: "having or arranged in tiers, rows, or layers." Therefore, a two-tiered justice system would mean two tiers of justice – one for Democrats and one for Republicans.

To determine if such a system exists, let's examine some of the prominent actors in both parties on a case-by-case basis to see if the outcomes of their respective investigations were biased.

Being caught red-handed with classified documents on her personal server never resulted in Hillary being charged with a crime. Why were there no consequences, when Republicans have received stiff prison sentences for the same crime?

Former FBI Deputy Director Andrew McCabe, who was being investigated for allegedly lying to federal officials about a news media disclosure, received good news from the federal prosecutors: They have declined to charge him and closed the investigation. It begs the question: What were the prosecutors' reasons for dropping the investigation? This clearly shows bad faith on their part, because the case did not follow standard legal precedent.

Comey is once again in the cross-hairs of the Justice Department. DOJ officials are investigating a classified Russian intelligence document leak from several years ago. They want to know if the former FBI director was the person who provided reporters with classified information.

This is the second time federal officials have looked into Comey regarding leaked information. It is abnormal that federal prosecutors are still investigating leaks to the press that occurred two years after the fact.

Prosecutors are looking into two articles written by the The New York Times and The Washington Post in 2017 that mentioned a classified Russian document.

Apparently, the document was a factor in Comey's decision not to recommend charges for former Secretary of State Hillary Clinton's use of a private email server in conducting government business.

It is strange that this second investigation of Comey began in the last couple of months and is unclear why it began two years after the initial investigation.

Comey's counsel declined to comment when asked by a New York Times reporter.

A U.S. Navy sailor – Kristian Saucier – was sentenced in 2017 to a year in prison for taking photos of classified areas inside a nuclear attack submarine while it was in port in Connecticut. Does this case sound familiar? Hillary, maybe? How did Hillary escape justice when Kristian was convicted for a similar crime?

Trump associate Roger Stone was convicted of charges of obstruction, witness tampering and providing false statements to Congress. Stone has maintained that he's done nothing wrong.

Stone's sentencing is problematic. Most surprising is the fact that the attorney general has the power to substitute a recommendation that the court impose a reasonable prison sentence on Stone, instead of what the prosecutors want – many years in prison.

The final outcome of the Roger Stone case was made public on Feb. 20. The sentence was stiff – over three years in prison.

For Stone to receive this kind of punishment is extraordinary. Attorney General William Barr was accurate in his belief that prosecutors were seeking an unjustifiably harsh sentence.

The Justice Department has concluded that two of the four court orders allowing the FBI to conduct secret national security surveillance on former Trump campaign aide Carter Page were invalid because the government made "material misstatements" in obtaining them, according to a declassified judicial order.

This disclosure by James Boasberg, the top judge on the Foreign Intelligence Surveillance Court, exposed the extent to which the FBI botched a highly sensitive case, a train-wreck that has created dangerous, political repercussions. How could this have happened? The only reasonable explanation is that the FBI tried to cover up the fact that the warrants used to spy on Page were based on falsehoods, rendering the FISA system biased and completely ineffective in preventing FBI investigators from misusing their power to surveil anyone they want.

There is only one conclusion any reasonable American citizen can come to after watching the biased outcomes of these cases. 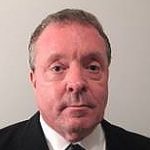