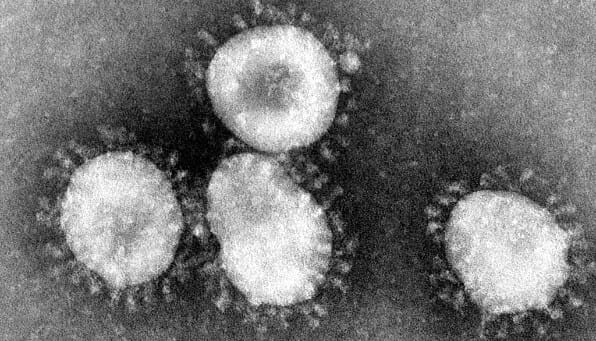 The coronavirus under a microscope (Wikimedia Commons)

The deadly coronavirus now spreading from China is the product of a sinister plot by the United States, according to several Arab writers in the Middle East.

Some say the U.S. is trying to profit by selling vaccines to treat the coronavirus and other viruses, according to the Middle East Media Research Institute, or MEMRI. Others see it as part of an economic and psychological war waged by the U.S. against other nations.

The aim, the writers say, is to weaken China and make it appear to be a third-world nation incapable of handling such an outbreak.

In the Saudi daily Al-Watan, writer Sa'ud Al-Shehry claimed the coronavirus was a plot by American and Israeli drug companies aimed at increasing their profits.

"A 'wonder' virus was discovered yesterday in China; tomorrow it will be discovered in Egypt, but it will not be discovered either today, tomorrow or the day after tomorrow in the U.S. or Israel, nor in poor countries such as Burundi or the Comoro Islands," he wrote, according to MEMRI.

He wrote that the coronavirus, known to have been discovered in 1960, has normal flu symptoms, including coughing, congestion, diarrhea and fever. It's strange, therefore, Shehry said, to hear the World Health Organization saying "this is a virus first discovered in 2012 in Saudi Arabia, in a camel."

"And here is something else that's strange: As soon as Egypt announced a few years ago" that it no longer needed poultry from the U.S., France and other countries, suddenly "there appeared, from underneath the ground, the avian flu virus."

It had the aim, the writer said, of "nipping Egypt's [economic] awakening in the bud."

Hussein Saqer, a columnist for the Syrian daily Al-Thawra, made similar claims in a Feb. 3 column.

He said the coronavirus was part of a commercial-biological-psychological war waged by the U.S. against China.

"From Ebola, zika, SARS, avian flu and swine flu, through anthrax and mad cow disease to the corona[virus] – [all these] deadly viruses were manufactured by the U.S. and threaten to annihilate the peoples of the world," he wrote.

Sager said the U.S. "has turned biological warfare into a new type of war, by means of which it intends to change the rules of play and shift the conflict with the peoples [of the world] away from the conventional path."

On the Egyptian news website Vetogate.com, journalist Ahmad Rif'at explained why the U.S. chose the Chinese city of Wuhan as the epicenter of the disease.

"American factories are the first to manufacture every kind of virus and bacteria, from the virulent smallpox virus and the bubonic plague virus to all the viruses we saw in the recent years, such as mad cow disease and swine flu," he wrote.

Rif'at claimed the biological "war is not only intended to worry China, trouble it and cause it to spend billions of dollars on emergency measures and medicines – which, by the way, will be manufactured by an Israeli company."

"The U.S. wants to inform the world, and especially China itself, as part of a propaganda war targeting [China's] prestige and status, that [China] is still a backward country whose citizens eat bat soup and which exports diseases and epidemics to the rest of the world!"